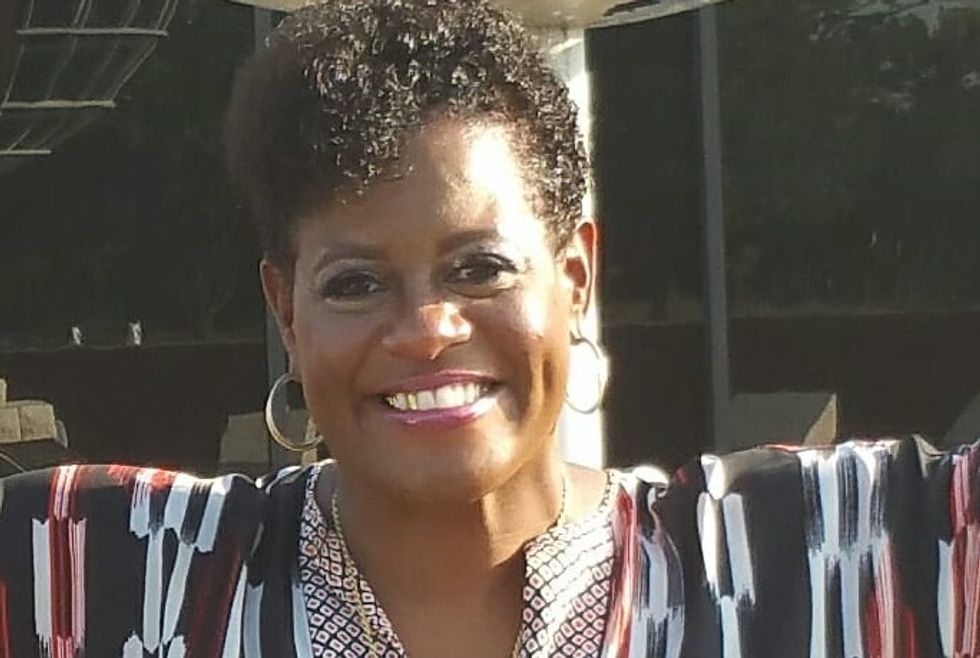 Democratic Florida State Rep. Kimberly Daniels, who is pushing a bill that would put the words "In God We Trust" in Florida public schools, has in the past made a series of controversial statements about slavery and Jews.

As documented by Patheos, a video compilation of Daniels' past statements posted by the Freedom From Religion Foundation shows that she is not shy about making incendiary comments about racial and religious issues.

"I thank God for slavery," she said in one clip. "If it wasn’t for slavery, I might be somewhere in Africa worshiping a tree."

"You can talk about the Holocaust, but the Jews own everything!" she said in another.

Last year, Daniels also posted a bizarre video on Facebook Live in which she urged followers to pray for President Donald Trump while ranting about witches and warlocks.

Daniels' bill mandating that all schools in Florida display a sign that reads "In God We Trust" sailed through the Florida House late last month, passing by a vote of 97 to 10. Daniels said at the time that the purpose of the bill is "so simple, just saying put a poster up to remind our children of the foundation of this country."

Watch the video of Daniels' most outrageous remarks below.