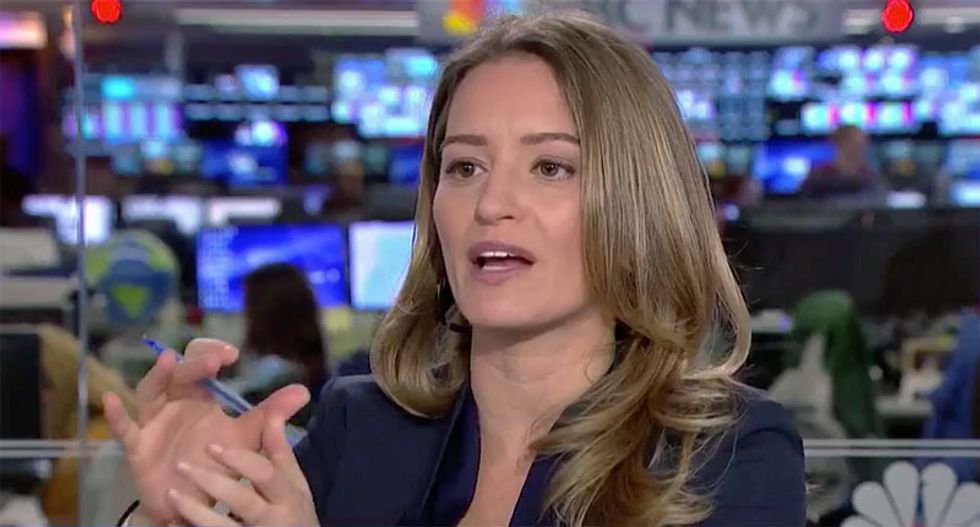 "Another week, another departure, and always turmoil," MSNBC anchor Katy Tur explained Friday. "The president is flicking his White House fidget spinner, who's the next to go?"

Hicks' last day at the White House was Thursday.

"I read the story saying she was the one preventing the White House from fracturing, I can't wait to see the next 14 months, but if that was your idea of holding it together, what does that say?" Obama pollster Joel Benenson explained. "It's a disaster."

"This president doesn't seem to encourage strong relationships," he continued. "He is like a five-year-old driving bumper cars with his staff, just slamming people left and right."

"Who wants to work for somebody knowing you could be fired by tweet one day?" Benenson asked. "He doesn't engender the confidence and trust that it takes to build up a group of people whom you can rely on for those kinds of roles and they are essential in the White House."