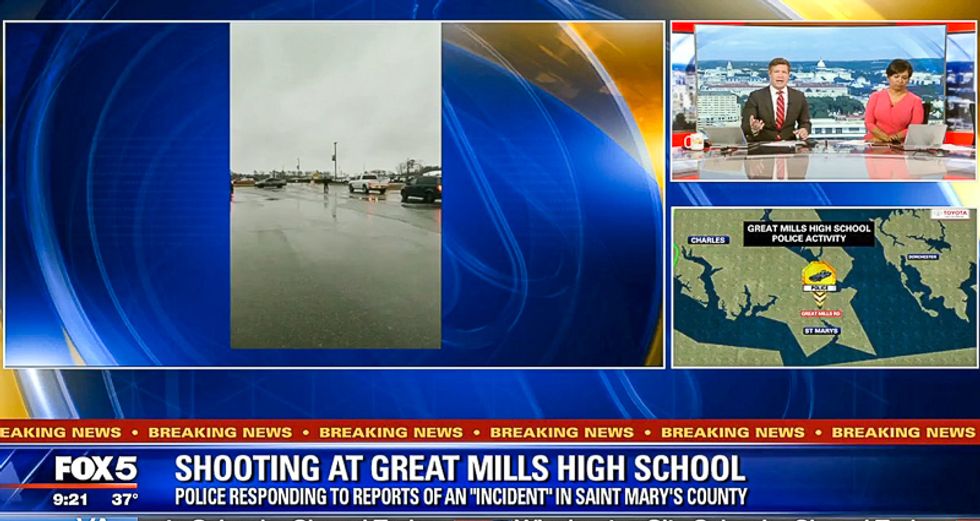 An anchor for Fox's DC affiliate WTTG cut off a survivor of Tuesday's Great Mills High School shooting as soon as she mentioned "gun control" as a possible solution to school shootings.

During a live broadcast after the shooting at the Maryland school, Fox 5 spoke to a student named Shavon who was at Great Mills when the incident occurred.

"It's absolutely something to be incredibly shaken about," one of the hosts told Shavon. "Which I think lends to the narrative, the whole movement of feeling safe in schools."

"And I know that's been a hot topic lately," he continued. "We don't want to get political with this, Shavon, but your feelings as to now that this happens in your school and impacts yourself and your friends, does it scare you, does it frighten you, do you feel secure in the school?"

"We really need gun control," Shavon replied. "Because this is just not acceptable for us."

A second host quickly changed the subject: "What year are you, Shavon?"

After the student answered that she would be graduating this year, the anchor ended the interview.

"We know it's a difficult morning," the host said. "We appreciate the firsthand account."

Watch the video below from Fox 5.