Louisiana pastor who erected third-largest cross in US busted for possession of meth: report 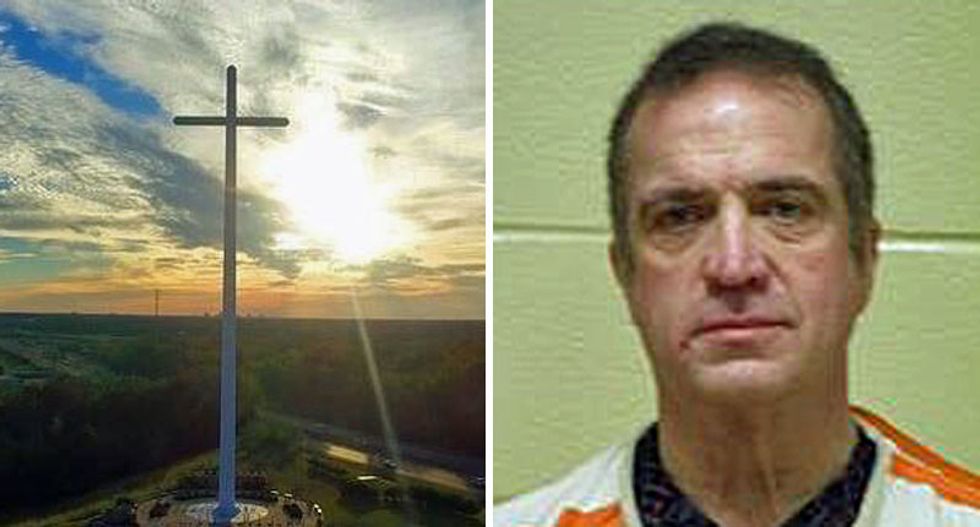 The 199-foot=tall cross at The Church of the Cross and former Pastor Andy C. Harris, composite image.

A pastor in Louisiana who erected the third-largest cross in America at his church is being held at the Bossier Maximum Security Facility after being arrested on methamphetamine charges, the Shreveport Times reported Friday.

Andy C. Harris, 56, was the senior pastor at The Church of the Cross, an Assemblies of God congregation where Harris had preached since 1996.

The former pastor had been living in a 3,519-square-foot home, according to property records. It was at his home that Bossier Parish Sheriff's Office detectives allegedly discovered 3.4 grams of meth along with smoking and snorting paraphernalia.

"It was under Harris' administration that the 199-foot-tall cross was erected on church property," ArkLaTex reported. "The cross - which in the United States is only shorter than one in Corpus Christi, Texas (210') and St. Augustine, Florida (208'), was not without controversy.

The planned cross violated zoning restrictions, which the church appealed to the Bossier Parish Police Jury.

"The common man on the street is going to be looking at who's for the cross and who's not, and we all understand the ramifications," Pastor Harris warned.

The church was subsequently granted a zoning exemption from local authorities.