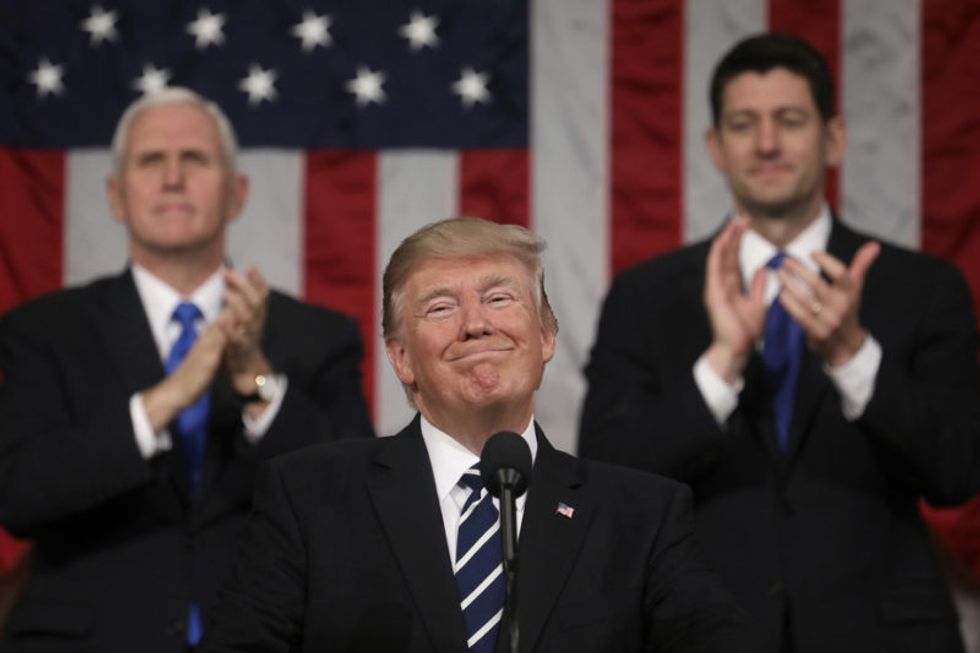 The Republican Party is counting on its massive tax cut to be its saving grace in the 2018 midterm elections -- but so far, some of its voters are decidedly underwhelmed.

The New York Times went to Ohio this week to talk with blue-collar voters for their views about the tax cuts the Republican Party passed last year, and many of them said the cuts aren't adding up to much on their paychecks.

"I have seen a little uptick in my paycheck, about what I expected, about 30 bucks," said machinist Matt Kazee, who voted for Trump in 2016, of the tax cut. "It felt to me about like where things were 15 years ago."

Brian Barkalow, a worker at Requarth Lumber, told the Times that he feared paying slightly less in taxes now would only mean paying more in the future.

"He's pulling out jazz hands and shiny stuff up front and will screw us on the back end," he explained.

Trump supporter Rob Wright told the Times that, while he's happy to see extra cash in his paycheck, he isn't all that enthusiastic about what he's getting.

"It’s just a little extra money I can count on,” he said. “It’s not going to change my life.”

Wright also said that, for coworkers at his machine shop, the tax cut represents "a couple gallons of milk and loaves of bread to feed their kids."

And Dan Neff, an employee at a machining and welding shop, said he was glad to have more money, but he wasn't going to buy a new house with it.

“It’s lunch money,” he said. “Still, it is moving in the right direction.”

The Times' reporting isn't the only report that has shown blue-collar voters are not jumping for joy with their new tax cuts.

The National Journal reported earlier this week that the Republican Party is panicking about the upcoming special election in Pennsylvania's 18th congressional district because its tax cut messaging is "barely moving the needle in the district's working-class confines."