Lying is a fundamental part of American police culture 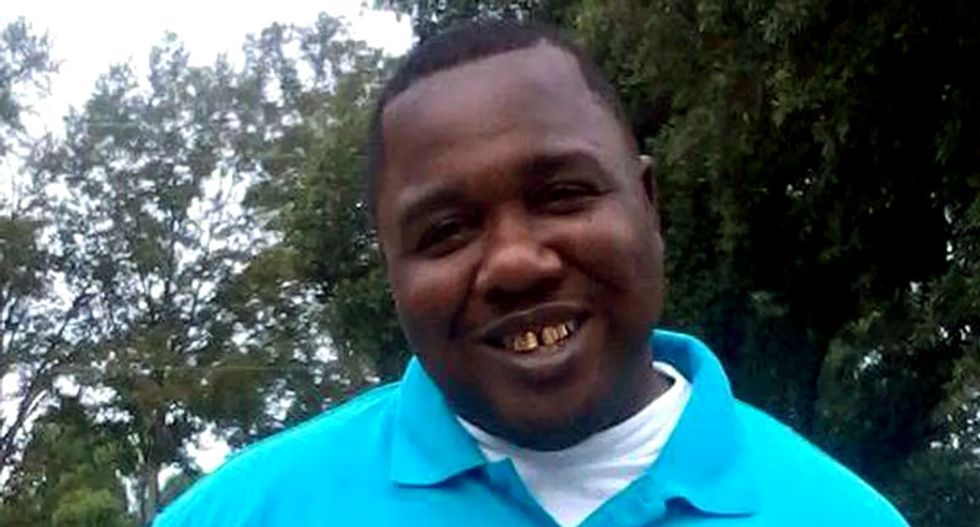 Police officers lie under oath in court so often that they’ve even given the practice a nickname. “Behind closed doors, we call it testilying,” New York City police officer Pedro Serrano told the New York Times. “You take the truth and stretch it out a little bit.”

The term, the Times notes, came into common usage among cops about 25 years ago, but the issue of police perjury is far older, a problem African Americans have complained of for many decades. In rare instances, those with intimate knowledge have publicly acknowledged not only how rampant testilying is, but also how rarely cops caught in the act face consequences.

“Every lawyer who practices in the criminal courts knows that police perjury is commonplace,” former New York State criminal court judge, U.S. attorney and NYU law professor Irving Younger wrote in the Nation in 1967. “Policemen see themselves as fighting a two‑front war—against criminals in the street and against ‘liberal’ rules of law in court. All's fair in this war, including the use of perjury to subvert ‘liberal’ rules of law that might free those who ‘ought’ to be jailed. And even if his lies are exposed in the courtroom, the policeman is as likely to be indicted for perjury by his co‑worker, the prosecutor, as he is to be struck down by thunderbolts from an avenging heaven.”

More than 50 years after Younger’s broadside, a newly released Times study has turned up more than two-dozen instances of police lying in court since January 2015—and these confirmed cases “are almost certainly only a fraction” of the real total. The ubiquity of plea deals, which effectively halts cases before they’re weighed by a court, means “the possibility that an officer lied is seldom aired in public.” Even when false police testimony comes to public light, court papers are generally sealed and an officer’s misdeed protected from scrutiny. “[T]he cases identified by The Times reveal an entrenched perjury problem several decades in the making that shows little sign of fading,” the report notes.

The apparent goal of most perjurious officers in cases examined by the Times was to cover up unlawful searches, undertaken without reasonable suspicion and in violation of suspects’ constitutionally guaranteed rights. Predictably, the analysis also found numerous lies that “appear aimed at convicting people—who may or may not have committed a crime—with trumped-up evidence.” Those goals are underwritten by demands from police higher-ups to meet ever-increasing arrest quotas; an open secret of law enforcement. The Times also cites the general pressure officers face to identify suspects and close cases for purposes ranging from public relations to politics.

In one case cited by the Times, Bronx police officer Sean Kinane lied about watching drug dealers conduct street deals just before he swooped in to make an arrest. When a suspect’s lawyer made it known there was video of the incident, Kinane recanted, stating only that he “misspoke when [he] was in grand jury,” without further explanation. The officer has since been elevated to a new position within the force.

In another example, plainclothes officer Christopher Thomas testified he’d seen a man attempt to hide a gun in his car as the officer approached the vehicle. That turned out to be a falsehood, which Thomas quickly retracted when made aware of the existence of video footage. Now a “sergeant in a narcotics unit,” Thomas later “stated to the A.D.A. that he did not know why he had testified to those facts before the grand jury” according to an email from prosecutors.

Some officers seem to have lied not to cover up their disregard for a suspect's constitutionally granted rights, but for more petty and vainglorious reasons. Dornezia Agard, a plainclothes Brooklyn officer, claimed in court that as she approached a man, he knelt behind a parked van and threw down a “hard metal object” that turned out to be a gun. Prosecutors later discovered Agard hadn’t even been among the first law enforcement arrivals to the scene. “The prosecutors did not address why Officer Agard claimed to be a witness,” the Times notes, “or why the other officers present seem to have allowed her to process the arrest.”

The report isn’t the first to feature the NYPD as a case-in-point for questions around officer trustworthiness. A 2015 WYNC examination of more than 1,000 civil and criminal court records found “more than 120 officers with at least one documented credibility issue over the past 10 years.” Almost none of the officers faced anything beyond the mildest of penalties for their misconduct, and “at least 54 went on to make more than 2,700 arrests after the date their word was challenged.” The pattern is just a sliver of the mountain of evidence indicating a culture of corruption in New York policing. Earlier this month, a Buzzfeed News report found between 2011-2015, nearly 320 NYPD employees “who committed offenses serious enough to merit firing were allowed to keep their jobs.” Nearly 50 of those "lied on official reports, under oath, or during an internal affairs investigation.”

But it would be naive to pretend the NYPD is the only department where perjury appears commonplace. The Baltimore police scandal has revealed widespread wrongdoing within the city’s Gun Trace Task Force, including police theft of “more than $300,000, at least three kilos of cocaine, 43 pounds of marijuana, 800 grams of heroin and hundreds of thousands of dollars in watches from suspected drug dealers and civilians,” according to the Washington Post. (Among the most sinister revelations was that some cops, on advice from team sergeant Wayne Jenkins, drove around with fake guns in their possession to plant on unarmed suspects they shot.) The Baltimore Sun described the case as “evidence [of a] dysfunctional police department in which officers confidently lied in official paperwork and in court to cover their tracks without fear of repercussions.”

Following a judicial order demanding its release, newly elected Philadelphia district attorney Larry Krasner recently made public a cheat sheet listing 66 current and former police officers whose well-established track records of falsehoods made them unreliable witnesses. The inventory was a hand-me-down from the office of outgoing district attorney Seth Williams. “The former aides who drew up the list saw it as an in-house reference sheet for frontline prosecutors to consult as they went over lists of potential police witnesses for cases,” per the Philly Inquirer. “It ultimately was seen as a tool to eliminate testimony from officers who might lie on the witness stand.”

A pattern of police lies and corruption was confirmed by a 2016 Chicago Tribune investigation that turned up numerous examples of “police officers shading the truth in subtle ways or outright lying from the witness stand.” The Tribune found:

"...more than a dozen examples over the past few years in which police officers, according to judges, gave false or questionable testimony—but experienced few, if any, repercussions. Over four years, from February 2012 to February 2016, 11 Chicago police officers had disciplinary charges brought against them for writing a false report or making a false statement. None of the cases, though, was for false testimony in court, according to police disciplinary records."

Police lying is as old as policing itself, and like all culturally ingrained customs, it will not disappear without the sustained intervention of outside forces. That is especially true in law enforcement, an institution governed by its own insular codes of silence, conduct and reprisal for speaking out. The U.S. government has never been deeply invested in seeing justice done, but the Obama administration had begun taking the most tentative of steps in the right direction by investigating abuses of major police departments around the country. But in his first speech after taking office last year, Attorney General Jeff Sessions promised to halt those reviews, just one aspect of his Justice Department’s complete lack of interest in protecting civil rights, particularly those of marginalized people. The decision was inspired by the same tired, “few rotten apples” excuse that brands most of the current DOJ's policies toward policing. “Law enforcement, as a whole, has been unfairly maligned and blamed for the unacceptable actions of a few of their bad actors,” Sessions stated, ignoring the data and numbers on police abuse that had prescribed the investigations in the first place. "They felt they have become targets. Morale has suffered.”

Elsewhere, as silver linings go, among the few upsides of the ubiquity of cameras in the pockets of unwitting citizens and on cops’ bodies is that police lies have been revealed in many cases where they would otherwise have gone unquestioned. But what good is all that footage if it fails to result in punishment for lying and otherwise corrupt cops, as we’ve seen with countless videos documenting egregious police abuses and murder that juries have seemingly ignored? The counterintuitive result of so much surveillance is that even if the country, not to mention the internet, is watching, it rarely matters where justice is concerned. The refusal of juries to convict or even indict cops in the face of the most damning evidence only reinforces, particularly for folks of color, the demoralizing fact that police have endless system accessories for remaining above the law. That message basically adds up to a national carte blanche for cops to do as they wish without repercussions. One anonymous 10-year veteran of the NYPD told the Times as much.

“There’s no fear of being caught,” he said. “You’re not going to go to trial and nobody is going to be cross-examined.”