'It's madness': Robert Reich slams Trump for 'hiring people who look the part or are sycophants’ 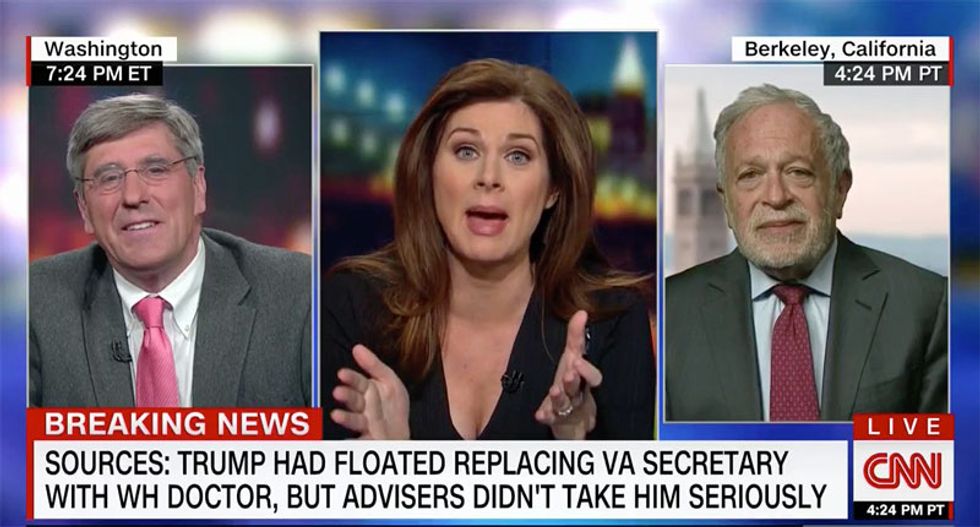 CNN anchor Erin Burnett examined the dynamics at stake with President Donald Trump nominating his doctor to run the Department of Veterans Affairs.

"Is there a method to the madness of running an administration this way?" Burnett asked former Labor Secretary Robert Reich.

"Well, it is madness," Prof. Reich deadpanned. "I don't think there is a method very much, Erin."

"The problem is when you run an administration in which you have so much turnover and the president is actually firing like mad, it creates a kind of chilling effect through the administration. People don't know how long they'll be there," he continued. "I ran a department and I served in three separate administrations, it takes a long time to figure out what you are doing."

Burnett also noted how important Trump feels it is for people to look straight out of central casting.

"Is that just words, Robert, or is that how he actually makes picks."

"No, I think that's how he has picked people," Reich replied. "He's not hiring qualified people, he is not hiring people who look the part or are sychophants who basically told him what he wants to hear."