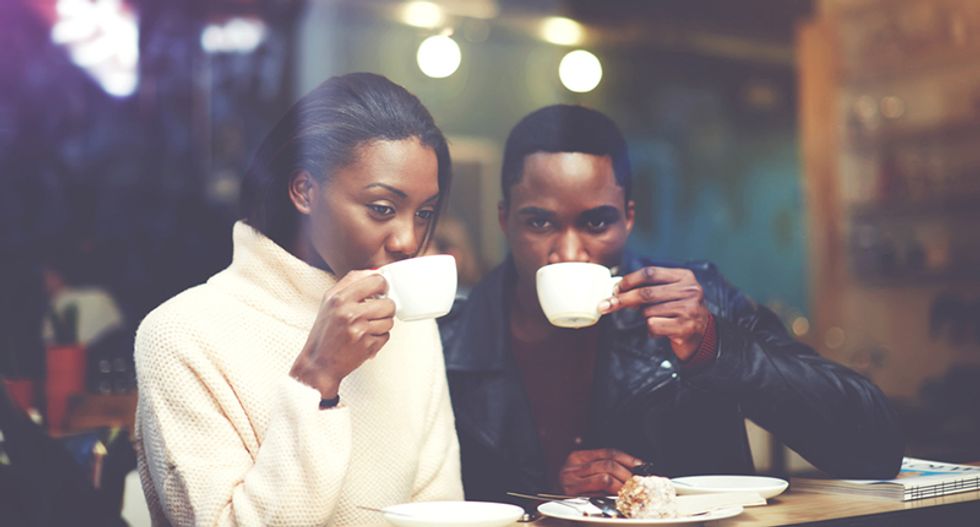 An International House of Pancakes in Maine is coming under fire after a server was accused of racism. Now, the manager is scrambling to do clean up.

“And we’re trying to let everybody know that we’re not racist,” IHOP manager Melvin Escobar told the Bangor Daily News. “We treat everybody the same and basically we’re here to serve you and give you the best experience ever.”

The Root noted the server has been suspended for a week without pay after the manager confirmed she demanded a group of black teens pay upfront.

The incident drew public attention when Avery Gagne, who was seated with his parents, witnessed what happened.

“We paid and sat there for a few minutes and I heard an employee tell the table that they were going to need to pay upfront and that it was 'a new generation thing,'" Gagne posted on Facebook. "I kept thinking to myself that I have been to many resturaunts (sic) with my teenage friends and have never had to pay upfront? I called over the the group and asked them if they were seriously being asked to pay upfront and they said yes."

He said that he and his family were shocked and began demanding answers about what was happening.

“So my father, mother and I stood up and began to question why this was happening," he continued in his Facebook post. "I myself was already quite worked up as I knew exactly why this was happening. The woman who requested they pay upfront came over and began to tell us how it was what management has asked her to do as they have had walk outs etc. She then looked at my parents and I and said (sic) 'it’s not because of their color.'"

He went on to cite the saying "a guilty conscious needs no accuser." The server, according to Gagne immediately promised it wasn't a racial issue. One of the saddest moments for him came when one of the teens told him and his parents that it was OK.

He's also concerned the actions of the server aren't being taken seriously.

“In my heart of hearts, I just wish and I hope that that is true, and they understand what’s happening here and how horrible it is,” he explained. “To me, it really, honestly felt like a lot of damage control.”

IHOP President Darren Rebelez responded to the incident with a statement saying they have a zero tolerance policy for actions that involve discrimination.

"The franchisee of this location is working to contact the affected guests directly to apologize for this incident and are taking appropriate actions in line with their HR policies," he said. "For 60 years, IHOP and our franchisees have strived to create a warm and hospitable dining experience for all guests, and this isolated incident is not reflective of that ongoing commitment."