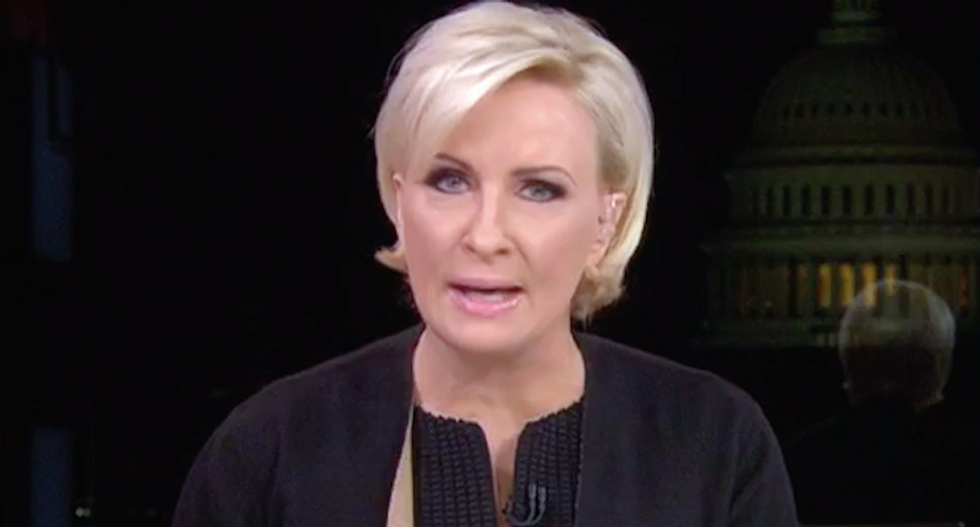 MSNBC's Mika Brzezinski warned all signs pointed to President Donald Trump firing Robert Mueller as the special counsel moves closer to the only two things he cares about.

The "Morning Joe" host said Trump had thrown off his remaining restraints by replacing officials, attorneys and advisers with sycophants he enjoys on TV, and she said he would almost certainly move to end the investigation of his ties to Russia.

"Their extreme views on major issues that impact our national security, that impact our place in the world, that impact our strategic alliances, these are all things that we can worry about, but we have to think about what's going on here and in some ways you have to think Trump-style -- which would be on a very shallow base level that pertains to money and sex, which is why we bumped in the show this morning with a former Playboy bunny who apparently was a part of some effort to silence her through friends of Donald Trump who ran a media empire," Brzezinski said.

"It does seem like ever since the Stormy story broke his radical behavior has amped up," Brzezinski said.

Trump is clearly embarrassed by Daniels and former Playboy Playmate Karen McDougal and afraid of what they have to say about him, Brzezinski said, and she said the special counsel was increasingly worrying to the president as his investigation moved closer to his business dealings.

"I've seen this guy operate," Brzezinski said. "I've talked to him about his pageants over the years, I hate them, and he's obsessed with money and sex. That's where he doesn't want to be embarrassed. When it comes to money and sex, he's being embarrassed over sex, and Mueller is following the money. Is Mueller next?"