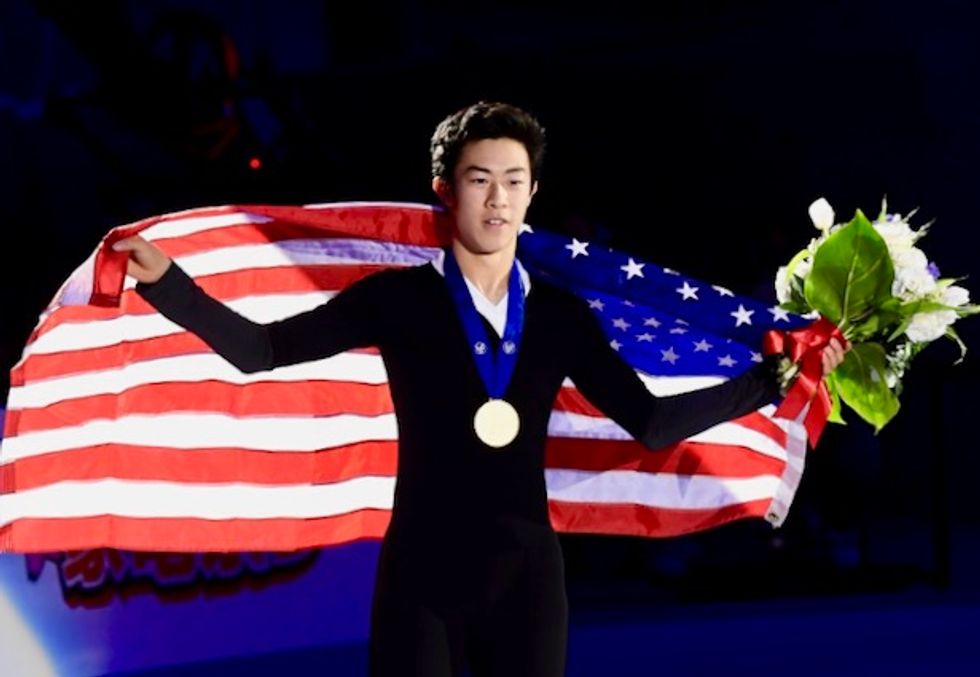 American quad-jumping prodigy Nathan Chen matched his record of six quads at the Olympics to win men's gold in the world figure skating championships on Saturday.

The 18-year-old from Salt Lake City was the only skater in the final group to stay on his feet, blowing away his rivals with a winning margin of 47.63 points.

His free skate to "Mao's Last Dancer" by Christopher Gordon earned him 219.46 points for an overall total of 321.40

Chen -- the ISU Grand Prix final champion -- returns the United States to the world podium for the first time since 2009 when Evan Lysacek won gold.

He made up for his Olympic disappointment where he bombed in the short programme before becoming the first skater to land six quads in the free skate to finish fifth in South Korea.

Olympic champion Yuzuru Hanyu of Japan did not defend his world title because of injury.

In Hanyu's absence 20-year-old Uno was seen as favourite to move up from his silver medals last year at the world championship and in February at the Olympics.

After suffering an ankle injury in training, Uno struggled to fifth after the short programme before moving up to second as his rivals faltered.

American Vincent Zhou dropped off the podium after his error-strewn free skate in which he fell three times, slipping from third to finish 14th.