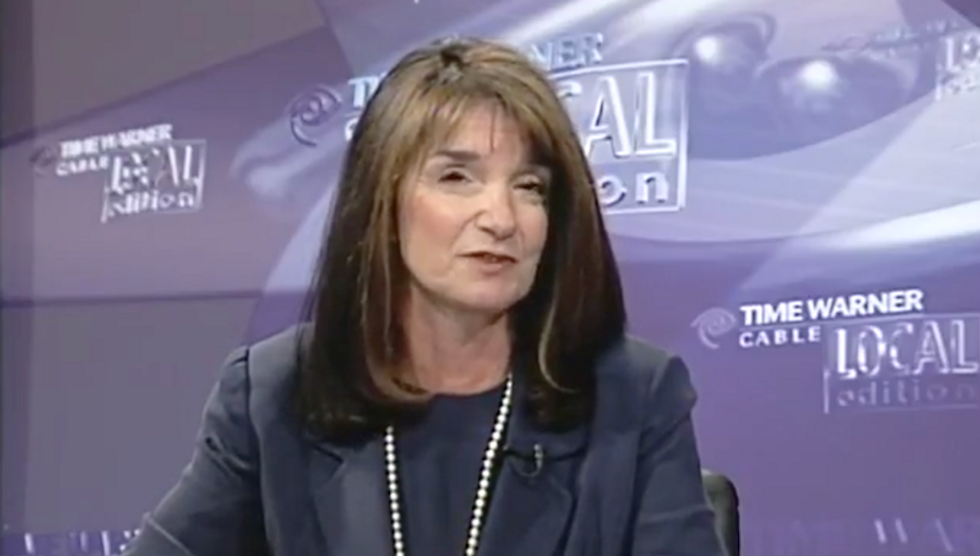 Diane Harkey, the Republican who supports a curfew/Screenshot

A Republican candidate running for the House of Representatives in California says that lawmakers should have an 8 pm curfew, the San Diego Union-Tribune reports.

Dianne Harkey is currently on the Board of Equalization and is running against Rep. Darrell Issa, R-Vista, who has made waves by calling for investigations of Trump's possible collusion with Russia.

“As far as going out and partying, a lot of that is up to leadership, I do believe that they need to take a little firmer hand,” she said on a local radio show. “It’s a lonely life, be sure that everyone is occupied, be sure they have a buddy system. Don’t allow people to be alone wandering the streets. I never went out anywhere after 8:00. Nothing good happens after 8:00 in Sacramento or in D.C., I guarantee you that.”

The Union-Tribune's report took the idea remarkably seriously, pointing out that "Strict enforcement would mean that work would stop before sundown in the summer months. Members couldn’t participate in strategy and planning meetings with their colleagues after hours, nor could they go to evening fundraisers and policy events with various organizations, all of which are current demands on legislators."