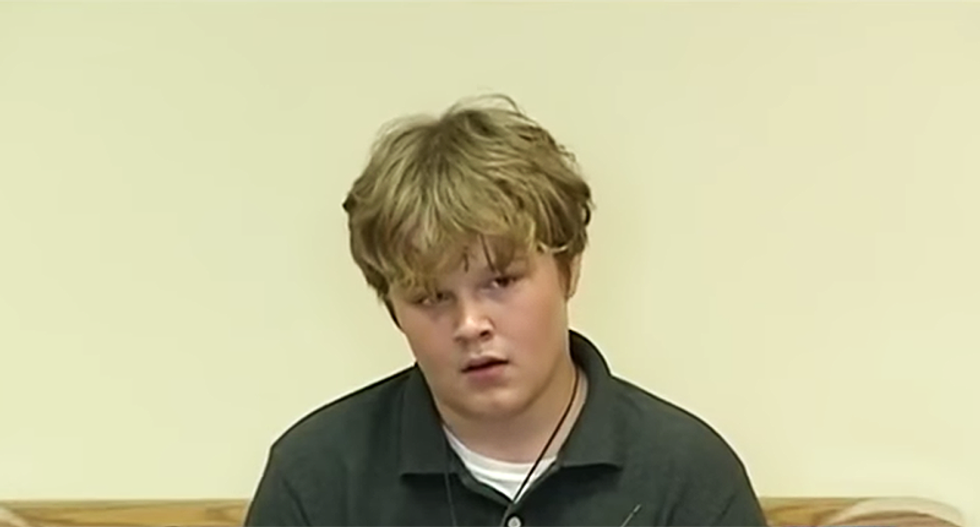 Less than two years ago, Cooper Caffrey was sitting in his school's cafeteria eating chicken nuggets. Then he was shot. So, it seems fitting he would want to participate in the protests demanding school safety and a stop to school shootings. Yet, when he did, his principal gave Caffrey detention.

A Cincinnati.com report details how Caffrey remembers falling to the ground, being unsure what happened, and watching his fellow students run away from him. Four students were injured that day, including Caffrey, who later offered forgiveness to the 14-year-old shooter.

Caffrey's dad sometimes jokes that because his son was shot on a Leap Year that they only have to worry every four years. He knows it isn't true. Every time there's a school shooting both of them get text messages while the teen is forced to watch others experience what he did.

On March 14, Caffrey went to school, ready to join students across the United States in walking out of class to protest school shootings. While the effort was led by Parkland, Florida students that had just survived a mass shooting at Marjory Stoneman Douglas High School, many young people, who fear for their safety, were more than happy to lend their voice to the cause. Caffrey was one of them.

His principal made an announcement that morning that many were wearing the colors of MSD in solidarity, however, he warned all students that if they walked out, they'd be sent to detention. Caffrey was furious.

When the time came, Caffrey, along with 42 other students, walked past the cafeteria in which he was shot, and out their school's doors. They were all given detention.

The quiet Republican-leaning town is now being torn apart by those protesting the decision. Protests have popped up across from the school with parents and friends demanding the school administration "encourage (not punish) bravery." Caffrey's own father agreed with the principal's decision to punish the students, but not for the reason they might think.

“The whole purpose of a walkout is to protest against an establishment,” he wrote in a Facebook post. “I do not expect the establishment to support the walkout.”

If the students weren't punished it would have been pointless. The punishment has garnered local media reports and sparked a conversation about the shooting the school experienced in 2016. However, the students did meet with the administrators in an effort to come to some sort of mutual agreement prior to the walkout. The administration, however, refused to budge.

The school's spokeswoman told Cincinnati.com the students seeking to show a solidarity after Parkland. The student council agreed that a walkout might be seen as advocating for gun control, something their community opposes. Thus the decision was born to wear the colors and not to walk out.

“He’s always hated the attention from all of this,” his dad said. “I know that he really just wanted to pretend that day never happened.”

Still, Caffrey took a stand. He along with his fellow students stood in silent prayer for 17 minutes. Then he suffered the consequences.

This week, the family attended the local school board meeting where the members brought up the walkout. Superintendent Curtis Philpot asked if any of the other members had anything to say about any other expected walkouts. The elected panel all agreed that students should be punished.

"We are a society of rules," one said.

Board President David French even went so far as to say that the students should apologize to the school resource officer.

Caffrey's father turned to his son and watched the blood drain from his face.

"It was like being shot all over again," Caffrey told his dad of French's words. Once again, he was back on the cold cafeteria floor, begging for help. French wanted an apology instead.

He watched the board devolve into a discussion of teachers arming themselves in schools. The teen just buried his face in his hands.

"We should come to every single one of these things so that doesn’t happen," he said.