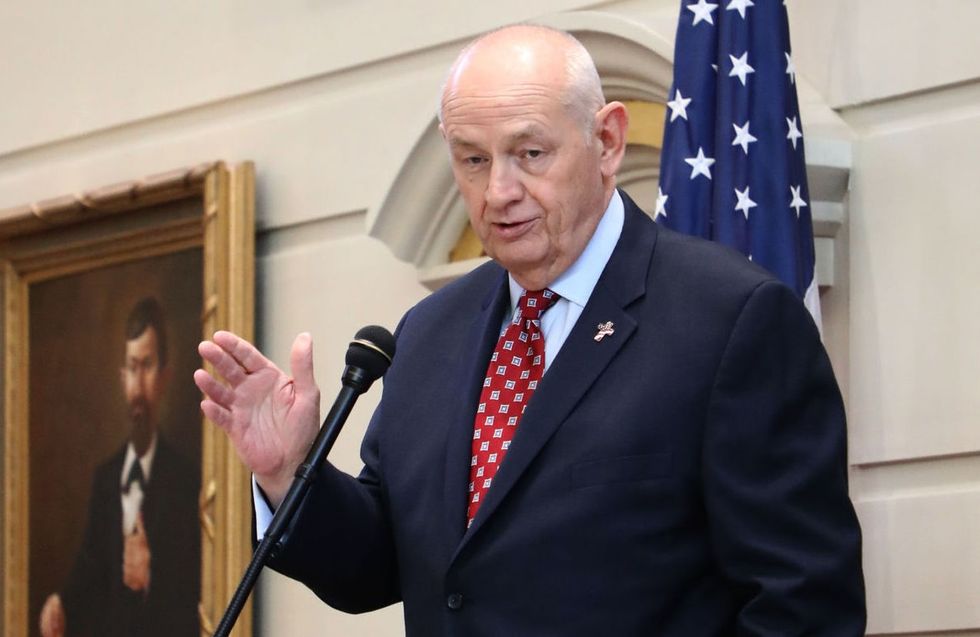 A pastor invited to speak on the floor of the Oklahoma Senate this week has drawn rebukes even from some Republicans after he blamed legalized same-sex marriage for school shootings.

Local news station KPVI reports that Bill Ledbetter, the pastor of the Fairview Baptist Church, delivered a fiery sermon in the Oklahoma legislature's upper chamber on Thursday in which he said that tragedies such as the Parkland massacre were God's way of getting America's attention and telling us that we need to change.

“There is no place for intolerance and hate in the Senate Chamber or anywhere else in Oklahoma,” he said. “As senators, we were elected to serve all people in Oklahoma, and we should not condone or encourage divisive rhetoric which targets any Oklahoman.”