Did Olive Garden just freak out and send a cease and desist over a joke? No. 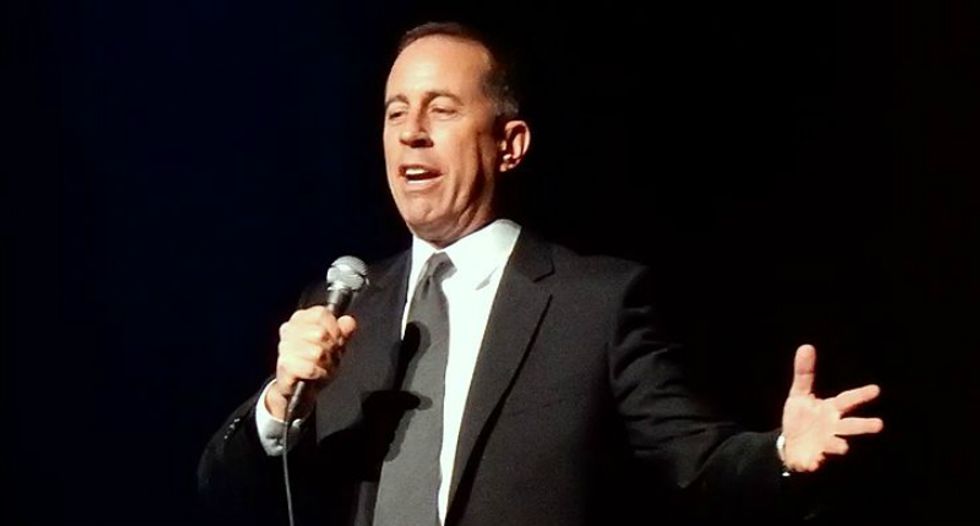 What started as a clear joke by a Seinfeld parody Twitter account turned into a fake threat of legal action on Friday after a user referenced the Italian food chain in a quip about AR-15s.

"Respect to @olivegarden for no longer selling AR-15s at all their locations," the @Seinfeld2000 account tweeted, referencing the popular corporate decision to quit selling assault rifles in the wake of the Parkland mass shooting on Valentine's Day.

@Seinfeld2000 then either received a fake cease and desist letter or crafted their own claiming Olive Garden was demanding the tweet be removed.

"Olive Garden has spent years building its reputation as a family friendly restaurant that is safe for all patrons to dine in," the fake email read. "Our client has learned that you have engaged in spreading false, destructive, and defamatory rumors about it."

It went on to demand the tweet be deleted. However, it turns out the parody account was also parodying a conflict.

"Our legal team has not been in contact with this individual or sent them the message that was posted," Darden Restaurants public relations spokesperson Jessica Dinon told Raw Story.

It didn't stop onlookers, including Raw Story, into falling for the con.

"What the f*ck," read the parody account's caption on a screenshot of the email.

Fellow Twitter users, naturally, got in on the joke.

"I love it when #brands f*ck up," journalist Ashley Feinberg tweeted, before joking that they are "very sad to hear that olive garden [sic] continues to sell ar-15s as part of their endless pasta bowl promotion."

"Appalled to discover that Olive Garden is standing by its Unlimited Boomsticks policy," user Cody Johnston joked, linking to the Seinfeld2000 screenshot.

The proliferation has been allowed to run rampant on Twitter since the Russian bots began their propaganda program.

In a related incident, a Miami Herald reporter was targeted with a screen capture of a fake tweet alleging she was searching for Parkland survivors who had photos or videos of dead bodies, something that she never tweeted.

In that case, she reported each instance of the false image, but Twitter refused to act, saying the account has to be fake for them to get involved. Fake news is not something they get involved with because who are they to determine what is fake.

"It seems pretty clear-cut to me. This is obvious fake news," Herald reporter Alex Harris told NPR. "It is obviously a hoax. And it is obviously being sent out there so people can harass me and target me with abuse."

Twitter's Jack Dorsey has posted that they are looking into solutions for civility, collective health and openness. At no point in his thread did he mention a strive for the corporation to fight fake news.

Facebook, by contrast, has taken steps to employ journalists to flag fake news. It's unclear if anything is being done once it is flagged, but they've gone further than Twitter at this point.

Raw Story has reached out to @Seinfeld2000 for comment but has not heard back.