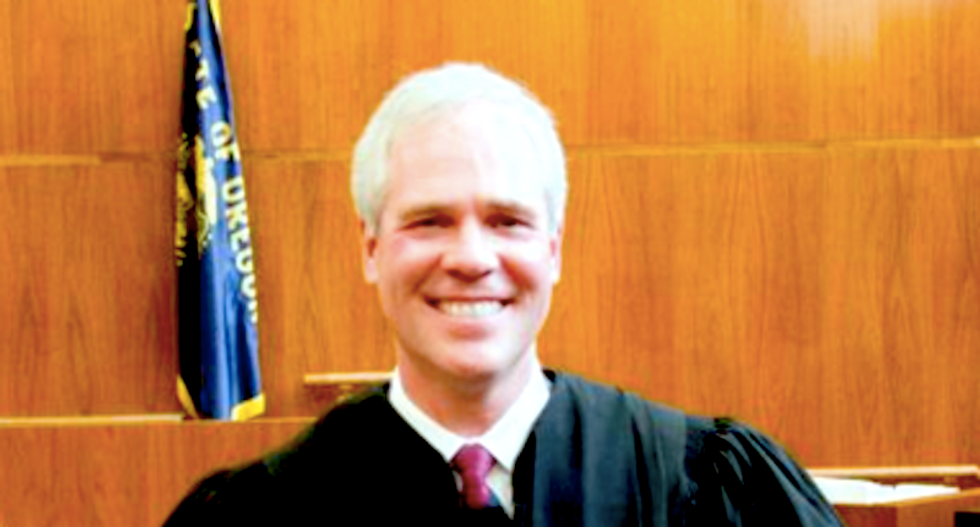 The Oregon Supreme Court suspended Judge Vance Day on Thursday for "willful misconduct" and for making "willful misstatements" to investigators to cover up the truth, The Oregonian reported.

Day was first appointed in 2011 to the bench in Marion County Circuit Court and it was decided that he acted with prejudice against same-sex couples by refusing to marry them after the U.S. Supreme Court legalized the marriage. He also instructed his staff to do whatever it took to avoid "public detection" of his refusal.

The state court specifically cited "exceptionally serious misconduct" in making false statements about a man he supervised on probation. Day claimed he didn't know the man was a felon, but documents prove he was lying.

Day also lied about being assaulted by a referee at his son's community college soccer game.

"We conclude that a lengthy suspension is required, to preserve public confidence in the integrity and impartiality of the judiciary," the court's opinion said.

It is the longest suspension in the state court's history.