‘Paul Ryan doesn’t know what struggling is’: MSNBC rips House Speaker for ‘cozying up to billionaires’ 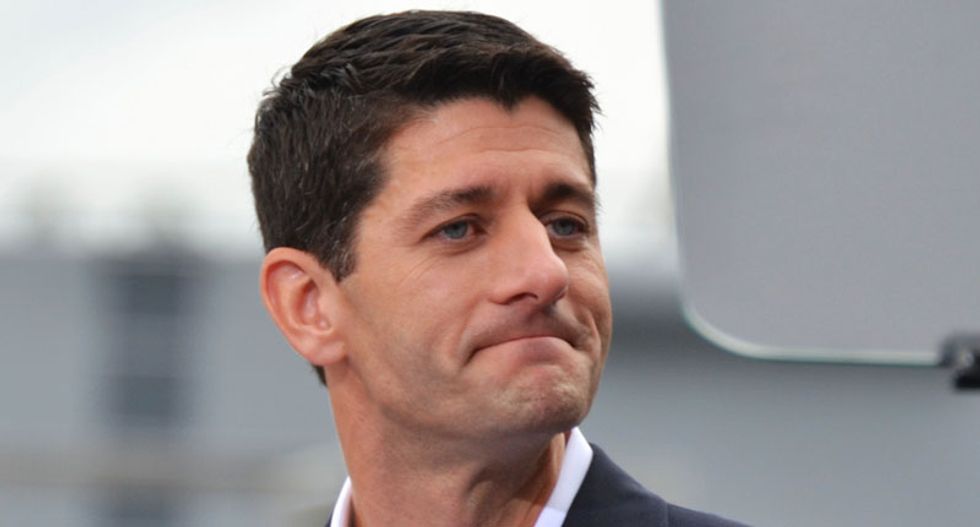 Speaker Paul Ryan (R-WI) was blasted on MSNBC's Hardball on Wednesday for refusing stand up to President Donald Trump.

"Despite Ryan's claims during the election that he would stand up for Republican values, the speaker has done his best to not directly go after the president," host Chris Matthews noted. "But Ryan doesn't shy away from praising the president when it benefits him. Here is Ryan last night, just last night."

"Since taking office, Donald Trump has held true to what he said he was going to do on the campaign trail. Go figure. Here is a man who ran for office, said what he was going to do, and is doing it," the speaker claimed.

"Will this defense by Ryan of the president hurt Ryan in the midterm elections?" Matthews asked Democratic Party candidate Randy Bryce, a hopeful in the Democratic Party primary competition to challenge the speaker in Wisconsin's first congressional district.

"Tell me about your pitch against him, how are you going to beat him?" Matthews asked.

"We've seen what happens with 20 years of Paul Ryan being in Washington, D.C. the policies that has been passed aren't doing anything to help the people of our district," Bryce replied. "He has been cozying up to billionaires, lobbyists, special interests and things like this tax scam, saying we can't afford Social Security, Medicare and Medicaid after just giving $1.5 trillion to people who don't need $1.5 trillion."

"That's why, for the past 20 years I've been struggling, and Paul Ryan doesn't know what struggle is," Bryce continued. "That's why I'm running, to make life easier, for not just the people of the first district but everybody around the country."

"What is your profession?" Matthews asked.