'The president got rolled': CNN panel mocks Trump for whining about bill he's being 'forced' to sign 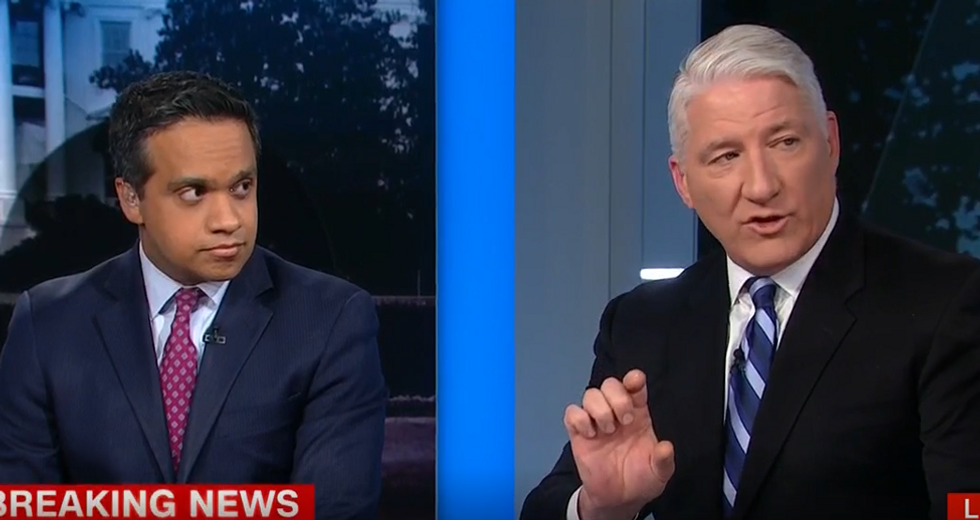 A CNN panel on Friday mocked President Donald Trump for his moody press event in which he complained he was being "forced" to sign a bill that he personally hated.

During the discussion, CNN reporter Manu Raju said there was a certain irony to the fact that Trump during the 2016 presidential campaign said that "only he" was smart enough to fix Washington DC -- and that now he finds himself getting forced to do things he doesn't want by his own party.

"This is a president who essentially is conceding that the congress has rolled him on this major legislative package," he said. "Coming in, he said he was smarter than everybody in Washington, that he alone could fix it, and everybody here was stupid. Turns out that the president is the one who got rolled by Republicans in congress, and Democrats, too."

Host John King similarly said that Trump's decision to reluctantly sign legislation that he personally hated made a mockery of his reputation as a brilliant deal maker.

"It's a remarkable moment in that this is what he was supposed to be best at," said King. "And he's being mocked, by the way. Rush Limbaugh Ann Coulter, the voices he listens to on Twitter, are mocking him for being weak."