'It reads sketchy to me': Parkland's Delaney Tarr nails Trump for cowering on gun control after private NRA meeting 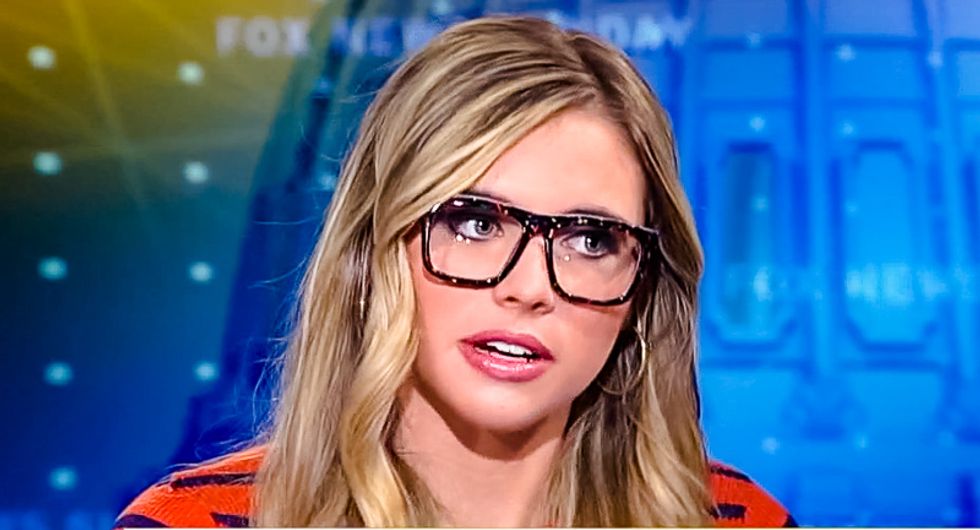 Marjory Stoneman Douglas High School senior Delaney Tarr on Sunday called out President Donald Trump for backing down on some of his tougher gun control rhetoric after meeting with members of the National Rifle Association (NRA).

During an interview on Fox News Sunday, host Chris Wallace pointed out that Trump had seem to soften on his call to increase the purchasing age for military-style assault rifles after a private meeting with leaders of the NRA. Trump also dropped his call to confiscate the guns of people who have been deemed mentally unfit.

"He talked about taking guns away from people who have been seen as a threat," Wallace recalled. "He talked about raising the age to buy a semi-automatic... What do you think happened?"

"Words are fine and dandy," Tarr quipped. "I'm glad that he said those words because those are some things that we would like to see. However, I have not seen any action taken to follow through of those steps."

"He had a meeting with the NRA after that and suddenly he backed down," Douglas High School student Cameron Kasky noted.

"To call it a coincidence seems like a bit of a stretch," Tarr agreed. "Because to say all of these incredibly firm stances and then to immediately backpedal on them after having a meeting with the NRA... It reads sketchy to me."