Republican pundit mocks Trump's staff turnover: 'The kid pushing the lawnmower' will be the next Interior Secretary 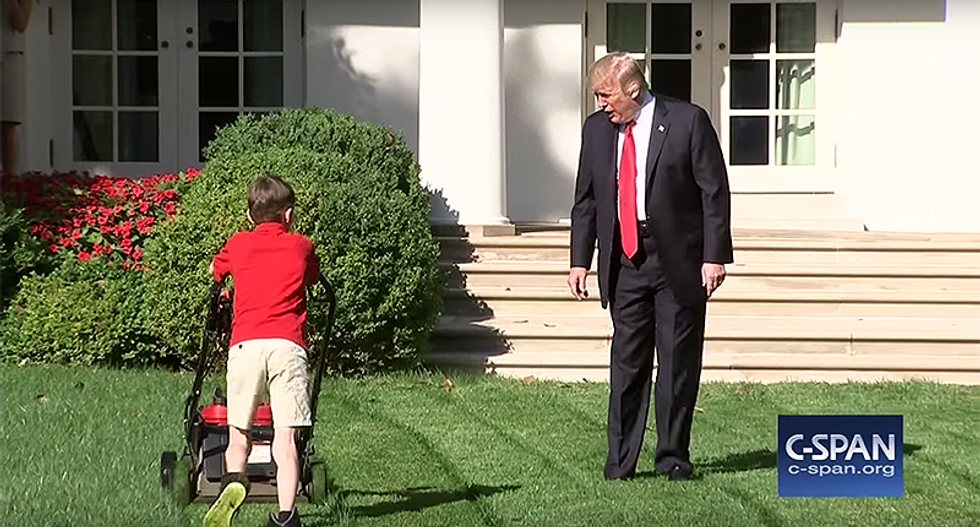 11-year-old Frank Giaccio gets to mow lawn at the White House after sending a letter earlier this year making request (Photo: Screen capture)

In a panel discussion over President Donald Trump's decision to replace staff with long-term loyalists, the commentators couldn't help but joke.

"Oh! Alice! With all due respect --" Lizza said before being cut off by host Don Lemon.

"The caddy also lies about your score and tells you that you're great," Lemon said.

"This is the other sort of pattern here," Lewis noted. "Trump is now replacing people with these longtime loyalist friends. Dan [Scavino] was his caddy. He had -- yesterday, Donald Trump's personal White House physician is now going to probably head the VA., this huge bureaucracy!"

Lizza said that it seems to be "long-time sycophant or people who were obsequious if their acclaim for Trump."

"Remember the kid who was pushing the lawn mower, that 11-year-old?" Lewis asked.