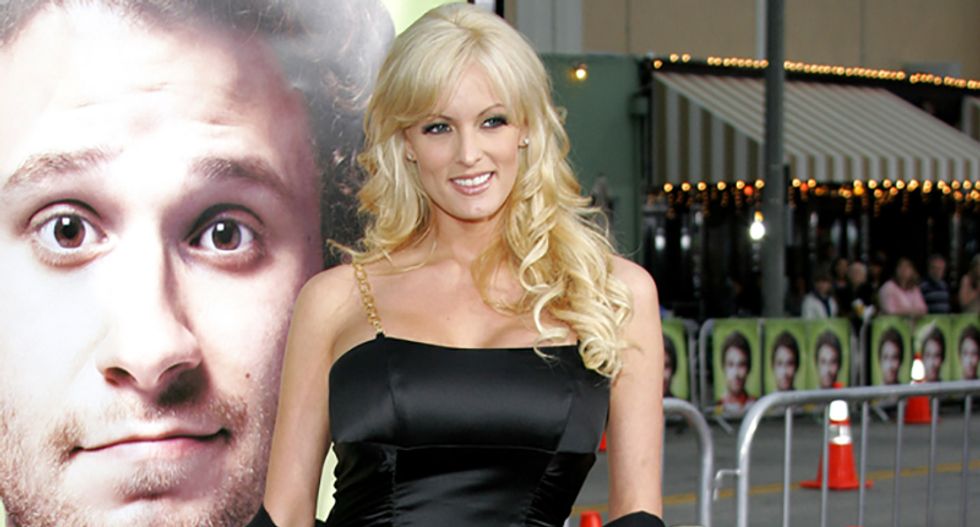 A lawyer for the Trump Organization is listed on an an arbitration demand to settle a dispute regarding a Delaware LLC used by the president's longtime attorney Michael Cohen to pay adult film actress Stormy Daniels $130,000.

The Wall Street Journal on Wednesday reported that Trump Organitation lawyer Jill A. Martin was listed as counsel on the February 22 demand issued in Orange County, California.

"The company has no involvement in the matter," Martin, who said he was working "in her individual capacity" on the filing, told the Journal. Her statements come after the revelation that Cohen took a line of credit out on his house to facilitate the supposed "hush agreement" payout to Daniels. Cohen also denied that the adult film star ever had an affair with Trump.

Martin, who the Journal noted has worked for the Trump Organization since 2010, was the lead counsel defending the organization in lawsuits claiming the president defrauded customers who paid to attend his Trump University seminars.

Though she reportedly played no formal role in defending Donald Trump when several women came forward with allegations of sexual misconduct against him, Martin, the report noted, "vouched for his character in media interviews."