'We shouldn't have to be hunted': Student organizer makes heart-stopping plea 'that we don't want to die' 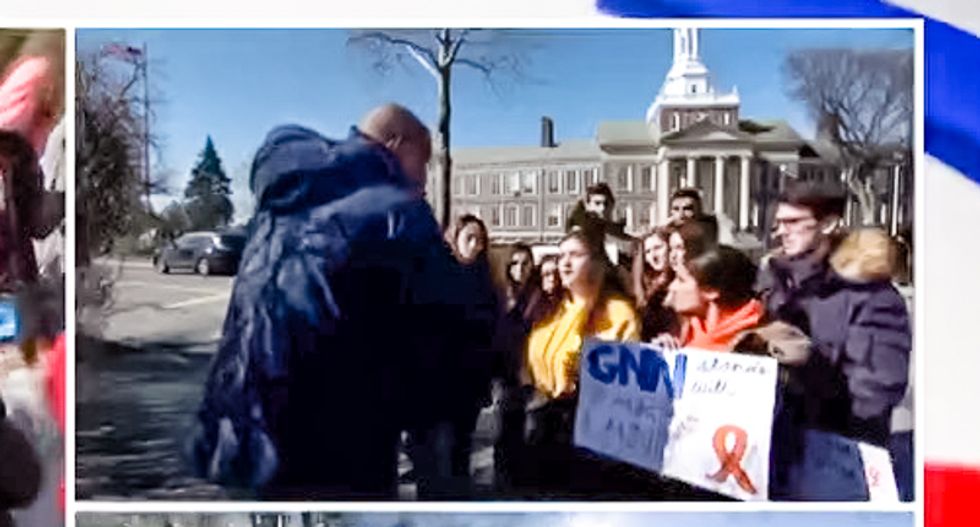 A student organizer of Wednesday's anti-gun violence walkout in Great Neck, New York told MSNBC that students should not have be "hunted" in their own schools.

Following the student walkout in Great Neck, MSNBC's Ron Allen spoke to one of the organizers who predicted "a lot of change is going to happen because of this."

"Can you make this continue?" Allen asked. "Can you keep the momentum going on? In other words, is this going to be a one-day protest?"

The organizer noted that students were registering people to vote and fundraising for future protests.

"It kind of all brought us together," another organizer said of Wednesday's walkout. "To share one cause and one meaning towards Parkland. And I think on a cold day like this, it really warmed all of us together."

"As a student body we are working to change things like this," she continued. "But in our school especially, I think we're going towards a more positive direction."

The first organizer recalled a recent incident in which there was a rumor that there would be a shooting at her school.

"I remember thinking should we go to school, should we not go to school?" she explained. "You know, trying to watch out for our safety, [students were] talking in really realistic terms about what would happen if a shooter came into our school."

Allen observed that "hunted" was a "powerful word" to use in this context.

"I think that it's become obvious that we're the victims," the girl insisted. "That we are the ones that are going to die if this continues. So I think that we have to fight to at least say that we don't want to die."