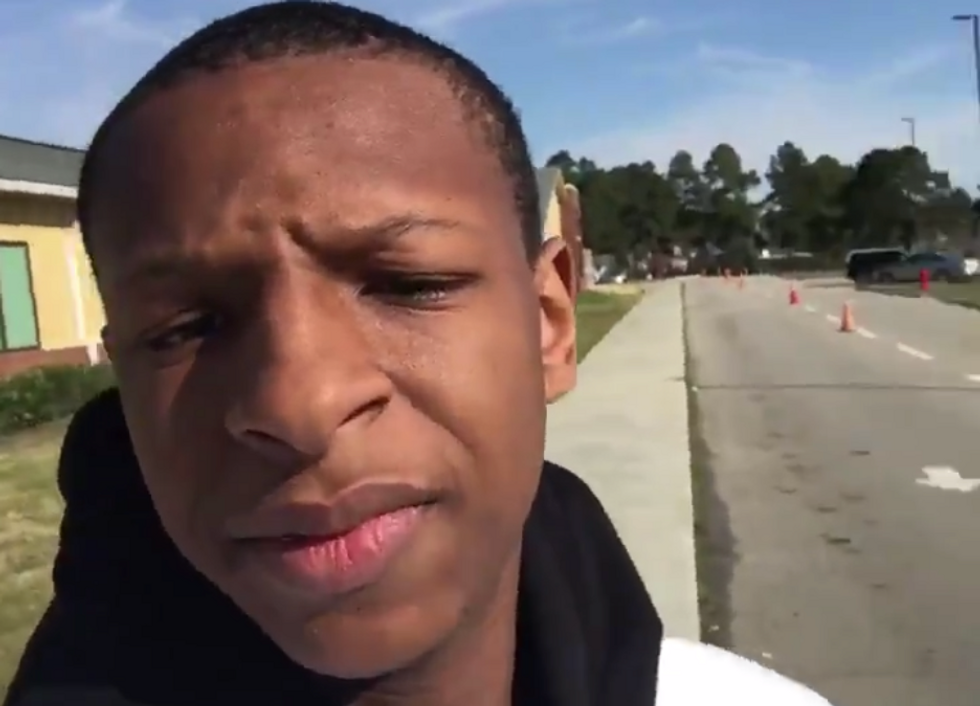 Justin Blackman, who did #NationalSchoolWalkoutDay alone.

Justin Blackman, a high school student in Goldsboro, North Carolina, joined millions of students around the country in walking out of class to protest political inaction in the face of school shootings.

But no one at his school was interested in the protest. So Blackman walked out of Spanish class alone, and started shooting a selfie video outside the school.

"It's National School Walkout Day and I'm the only one at my school out here," he says. "I'm just going to be chilling here for the next 15 minutes."

"There's going to be like six people watching this—hopefully," he said.

So far, this video has been watched 600,000 times. And thousands have tweeted in support of Blackman.

@JustinIBlackman Thank you for standing up for the next generation of kids to come through the school system all ov… https://t.co/H5FB6RTeAH
— LCfromCT (@LCfromCT) 1521037133.0

@JustinIBlackman Thank you for your courage. You kids are absolutely brilliant and can truly do anything you set yo… https://t.co/qQ1kDdPLOm
— Francine Wade (@Francine Wade) 1521046293.0