Suspected Austin, Texas bomber killed after shootout and bomb exploded in Round Rock 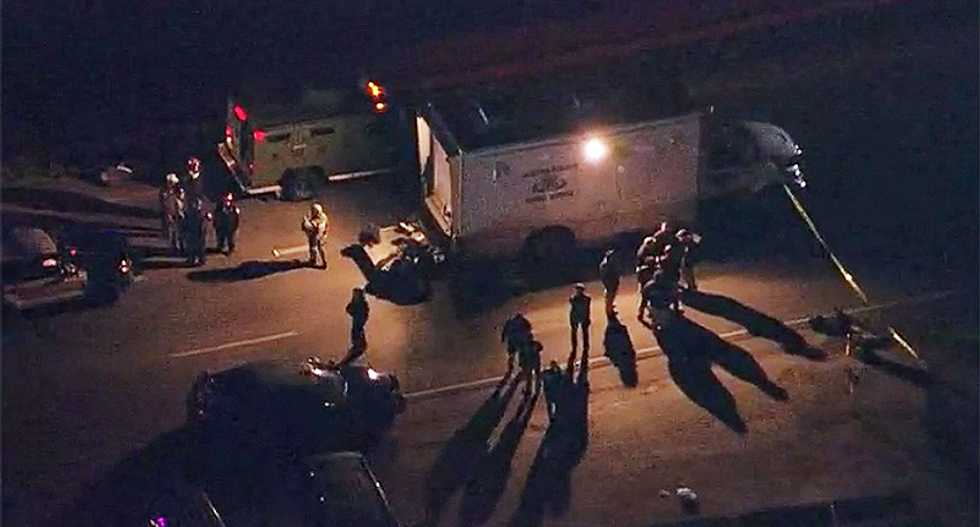 The man police suspected was the Austin bomber has been shot by the FBI, according to local news reports.

Austin police tracked the alleged bomber down and engaged him in Round Rock early Wednesday, state law enforcement officials said. A device was then detonated, which police expected when they pursued him. Shots were then exchanged, WFAA's Jason Whitely tweeted.

He said that media received word last night at approximately 9:00 p.m. that law enforcement had identified the suspected bomber and was closing in on him. He was able to be located due to the FedEx packages that were sent and exploded Tuesday in the facility outside of San Antonio. Police wanted to surprise the individual, and waited overnight to do so in Round Rock.

Law enforcement said in an early morning press conference that during that shootout the bomber killed himself after his bomb exploded. They noted that they are unsure of the person's motivations at this time, but are continuing the investigation.

Police could not reveal the identity of the suspect prior to informing the family, however they did say it was a 24-year-old white male.

You can watch the local news feed below: