Treason or Treachery: President Trump's legal troubles are heading to Court -- and could backfire spectacularly 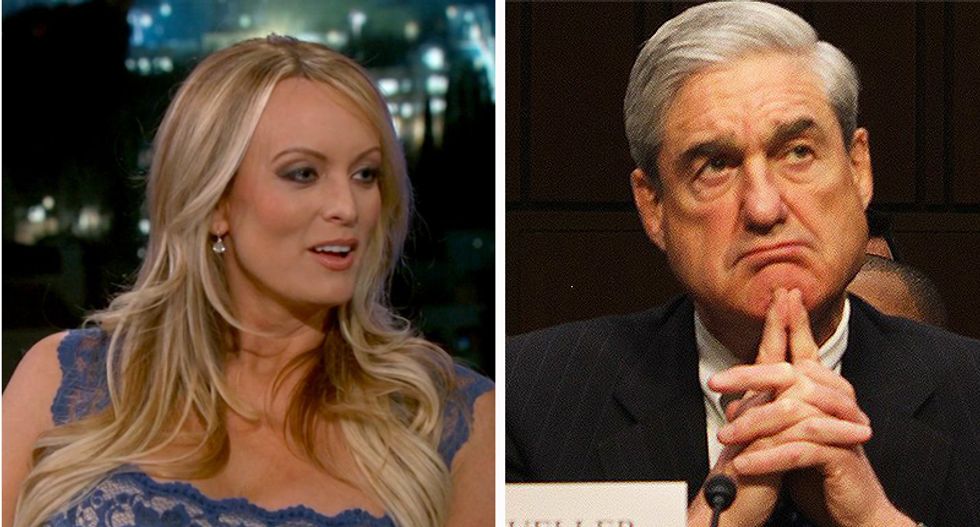 Ready or not, Americans will soon be subjected to a giant civics lesson and legal seminar courtesy of the least civics-minded president in modern times.

The slow but steady developments in Robert Mueller’s investigation of the Trump campaign’s collusion with Russia—including possibly exposing his business deals with Russian oligarchs that skirt the law—will provide one nationwide lesson in civics. The cascading momentum of newly filed lawsuits surrounding Trump’s past payoffs to women to hide adulterous behavior will drive coverage of another legal sphere: the silencing of women via what may be judged unenforceable contracts.

Whether purported electoral treason or personal treacheries, Americans are about to get a legal education thanks to Trump’s catalog of public and private excesses. Notably, the private side of this seamy ledger has been gaining new momentum in recent weeks as Trump’s lawyers and the women he may have consorted with—assisted by their lawyers—have sparred in an increasingly outlandish spiral of legal attacks and counterattacks.

This to-and-fro, exemplified by a New York State judge ruling Tuesday that an "Apprentice" TV show contestant can sue Trump for defamation, is prying open courthouse doors in a manner saner adults would seek to avoid. In that defamation case, there’s likely to be a string of affidavits submitted from women who will, under oath, attest to Trump’s reputation-damaging remarks, unwanted touching and sexual assault.

But defamation cases are not the only legal line of attack women are pursuing against the philander-in-chief. Trump’s attorney sought to move his countersuit against Stormy Daniels (his attorney paid her $130,000, and she signed a contract to keep the affair quiet) to federal court, saying the sums involved and the interstate nature of those involved meet the standard for federal review.

That kind of posturing is what lawyers do. They make all kinds of arguments based on stitching together threads in the law books or invoking precedents set by judges in past rulings. Whether or not any court takes the case—and there are all kinds of standards, starting with is it the proper venue to whether there are real issues in play—is another matter. While the defamation litigation might end up with "he said, she said" fodder on the front pages of supermarket tabloids and too many cable news shows, one key element in the Daniels litigation (and other suits) could blow up in unexpected ways.

“The issue I raise is whether a nondisclosure agreement entered into after an adulterous affair to conceal it is a contract the courts would deign to enforce?” wrote Miles Gerety, a Connecticut-based veteran public defender, in an email to AlterNet. “I intentionally use the word adulterous… Courts have long refused to enforce contracts, no matter how perfectly drafted, where the purpose of the contract is socially harmful.”

Gerety is pointing to an area of law where the courts may take Trump’s case and rule in an unexpected way—basically throwing out his muzzle for a variety of reasons. It may be that judges won’t think their courtrooms should spend any time on his claims, or it could include rejecting the legality of contracts that keep adulterers’ secrets—especially if the silencing agreement covers up a sexual assault, as opposed to a consensual affair.

“Most nondisclosure agreements have some sort of social benefit such as protecting a private company’s proprietary research or customer list,” Gerety said. “It’s one thing to enter into a nondisclosure agreement before beginning a contractual relationship such as employment, partnership, or merger negotiations. It’s another to enter into an agreement to keep a past indiscretion secret. In fact, had Stormy Daniels approached Trump with a demand of money for silence, we’d call it extortion.”

Gerety’s analysis is one of many legal theories in circulation right now. He may have a point—that because Trump’s nondisclosure agreements may be verging on the illegal, and his lawyers’ motions and arguments are so outlandish, he’s inviting jurists to dismantle them because they’re unfit for their courtrooms. Or they could conceal serious harms—and an array of accusations against Trump appears to raise this prospect.

“OK, patronizing a prostitute is a minor crime,” he said. “Adultery in New York was even a more minor crime. At what point does an NDA go against social policy: An NDA to keep a burglary quiet, a felony theft, felony assault? How about a rape?”

“Gerety raises good questions about a number of factors that would go into any judicial decision about whether to enforce a nondisclosure agreement of the kind Donald Trump seems to have pressured some of his sexual partners, and maybe even members of his administration, into signing,” he said.

Those issues stand apart from the threshold of whether these suits will get their day in court, Tribe said, which has to do with whether a court’s jurisdiction has been properly invoked.

“Whether the underlying sexual activities were themselves legal or illegal, whether they might be relevant to family court disputes involving divorce or child custody, and whether the topics touched on by such agreements are or are not subjects that ‘courts should spend their time on’ are distractions that have nothing to do with the legal considerations entering into the invocation of judicial power to enforce these agreements."

However, should judges take the case—such as a New York state court agreeing to hear defamation claims or a federal district court in California's handling of nondisclosure agreement claims—what follows is likely to be a very public airing of Trump’s behavior and surrounding legal issues.

Consider, for example, the quickly penned list of issues Tribe said could come before the federal court if the judge does not summarily rule on the case. (It was assigned to Los Angeles-based U.S. District Judge S. James Otero on Monday.) Tribe wrote: “As to the NDAs with prostitutes, models, or Apprentice contestants, the issues a court must consider would include:

In other words, Americans may soon be learning more about Trump’s excesses—through the lens of the law—than they ever expected. Patriotism or tyranny, business acumen or money laundering, consensual hush money or illegal contractual muzzles, are heading to grand juries and courtrooms with front pages and cable networks in rapid pursuit.

Civics seminars and law lessons await, whether Americans want it or not.