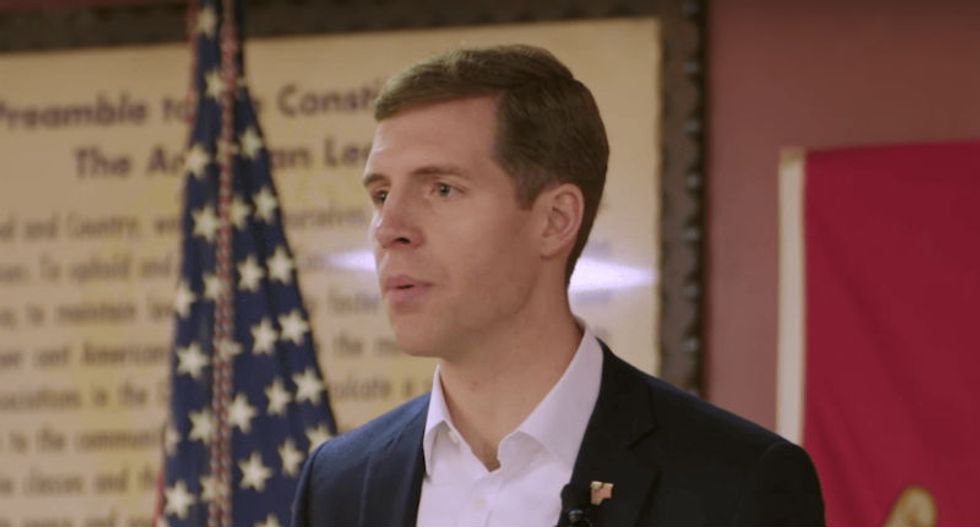 During a fundraiser for another congressional candidate, President Donald Trump gave tacit praise to Pennsylvania Democrat Conor Lamb for his big win in a special election Tuesday night.

The Atlantic reported Wednesday night that Trump told donors at the fundraiser for Josh Hawley, a Missouri Senate candidate, that Lamb ran "a pretty smart race, actually." It's the first known time since Trump-backed candidate Rick Saccone lost to the Democrat that the president has spoken publicly about the race.

"The young man last night that ran, he said, ‘Oh, I’m like Trump. Second Amendment, everything. I love the tax cuts, everything.’ He ran on that basis,” Trump said of Lamb in audio obtained by the Atlantic. “He ran on a campaign that said very nice things about me. I said, ‘Is he a Republican? He sounds like a Republican to me."

"I guess when you’re running in a certain area," Trump said of the blue-collar constituency in Western Pennsylvania's Rust Belt, "that’s probably a good tactic."

Trump, the report continued, was "unusually silent" about his candidate losing. His tight-lipped stance marks a departure from previous comments he made about the candidates he backed losing, from his assertion that Virginia gubernatorial candidate Ed Gillespie "did not embrace me or what I stand for" to his claim that he knew Alabama Senate candidate Roy Moore would lose.