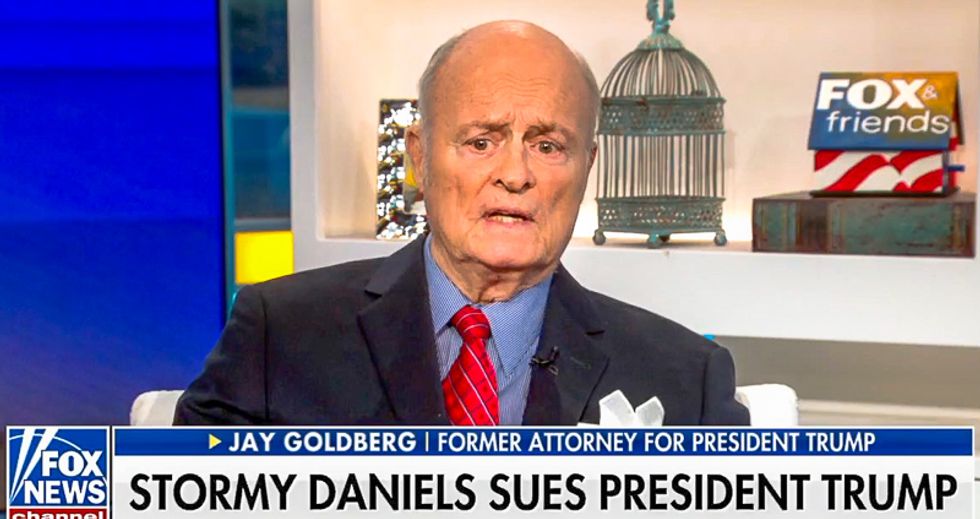 Jay Goldberg, a longtime adviser and former lawyer for Donald Trump, explained on Wednesday that the president's non-disclosure agreement with adult film star Stephanie Clifford -- who goes by the stage name Stormy Daniels -- was invalid if he failed to sign it.

Clifford's attorney announced on Tuesday that his client was suing Trump because he failed to sign a non-disclosure agreement that offered her $130,000 to keep quiet about an alleged affair with the former reality star.

The hosts of Fox & Friends on Wednesday gave former Trump attorney Goldberg a chance to shoot down the lawsuit, but he surprised them with an answer that was ominous for the president.

"It's true," Goldberg said. "An agreement, you need the signature of both parties. And if there's no signature by him, it's not valid."

"Non-disclosure agreements are looked at with skepticism," he continued. "Because it impairs negatively on the right of free speech."