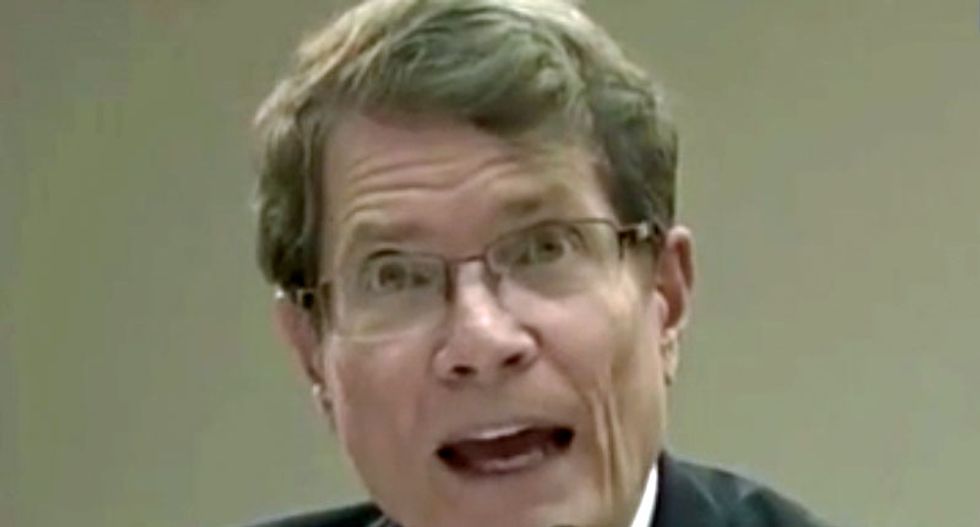 President Donald Trump has nominated William G. Otis for a seat on the U.S. Sentencing Commission.

President Donald Trump has nominated controversial lawyer William Otis, with a troubling history of racist and "flatly ahistorical" remarks, to a coveted seat on the U.S. Sentencing Commission, The Root reported Saturday.

"Trump’s pick for the U.S. Sentencing Commission, which determines what criminal sentences to dole out, has written that black people and Latinx commit more crimes because of their collective sub-standard values, and appears to think that selling an eighth of weed (a low-level offense) is akin to child rape," The Root explained. "The comments Otis makes on his blog aren’t racist dog whistles. They’re the air-horn of racism. They’re also terrifyingly recent—all made within the last 5 years."

The Root dug up the full passage.

"This is the reason that, for example, Orientals have less incidence of crime than whites. Orientals were unquestionably the victims of long and rancid racial bigotry; coolie labor was little more than slave labor. And Yick Wo v. Hopkins is one of the most famous civil rights cases of all time," Otis wrote. "The reason Orientals stay out of jail more than either whites or blacks is that family life, work, education and tradition are honored more in Oriental culture than in others."

“This is not a person who will be guided by evidence and data,” Kevin Ring, the president of Families Against Mandatory Minimums told The Washington Post. "The Senate should reject this nomination."

Otis was a counselor for the Drug Enforcement Administration under President George W. Bush.