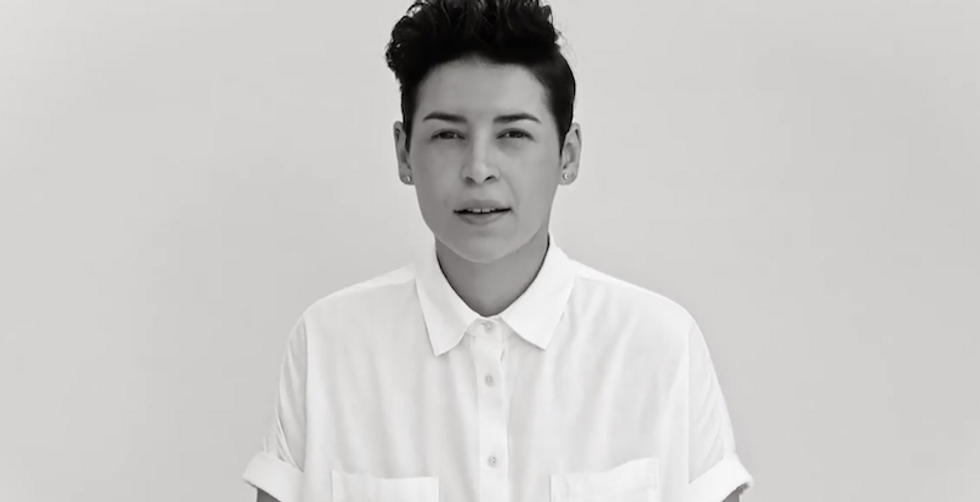 Twitter had a show-stopping commercial supporting female voices during the Oscars.

It's a powerful ad, and resonated immediately with viewers.

We stand with women around the world to make their voices heard and their presence known. To bring them front and c… https://t.co/zjheEchxcP
— Twitter (@Twitter) 1520214592.0

However, since Twitter is Twitter, there was some immediate pushback from people who pointed out all the very serious problems with the platform, which has been slow to push off extremists, trolls are Russian bot armies.

"This #HereWeAre Twitter commercial just gave me chills. That was stunning. Now. Twitter, we shall await your continued work to make this platform safer for women who look like those in that commercial."

"You know what @leslieberland and @jack? I loved that poem until I realized that it was a Twitter ad, and that you still allows men to dox women and don't ban white supremacists and allow POTUS to USE YOU to damage the world. Don't give us poems. GIVE US CHANGE. #hereweare NOPE."

"How about instead of doing commercials you consider doing something to stop the trolls, bots, proliferation of fake news, white supremacy and assholes on Twitter first"

"Y'all could always actually do something about White Supremacist bot activity too."

Y'all could always actually do something about White Supremacist bot activity too. #HereWeAre https://t.co/VEzOmkhUZJ
— Travis Legault (@Travis Legault) 1520214780.0

"When we all thought it was a @Dove commercial.. and now we’re inspired but confused by #HereWeAre ||#Oscars2018 #Women #Womyn #SpokenWord #Equality #Diversity #Empowerment"

"Soooooooo you about to kick these eggs, sexists, misogynists, and white supremacists off @Twitter, then? #HereWeAre"

Y'all could always actually do something about White Supremacist bot activity too. #HereWeAre https://t.co/VEzOmkhUZJ
— Travis Legault (@Travis Legault) 1520214780.0

GOOD JOB @TWITTER THAT WAS A GREAT COMMERCIAL now can you start kicking nazis off this platform #HereWeAre
— nicolette mason (@nicolette mason) 1520214725.0

In Texas, driverless trucks are set to take over roads

A giant 18-wheel transport truck is barreling down a multi-lane Texas highway, and there is no one behind the wheel.

The futuristic idea may seem surreal, but it is being tested in this vast southern US state, which has become the epicenter of a rapidly developing self-driving vehicle industry.