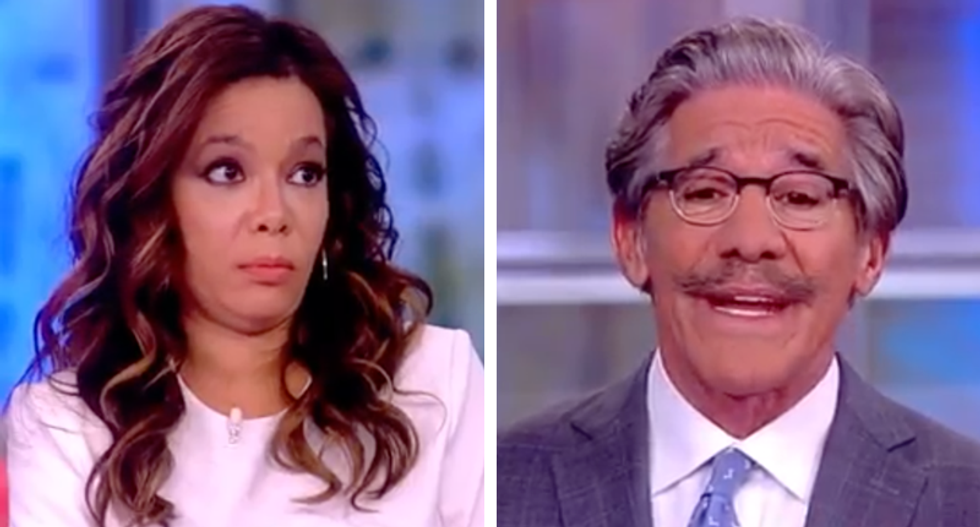 The co-hosts of “The View” on Friday ganged up on Fox News’ Geraldo Rivera after he claimed Jared Kushner and Ivanka Trump are “qualified” to serve in Donald Trump’s administration—and that Kushner has the “experience” to solve the Middle East crisis.

Rivera was discussing Bette Midler’s “Me Too” allegations against him (which he characterized as part of a “hysteria” movement), prompting Joy Behar to suggest he should “take a page from your friend Donald Trump.”

After Rivera insisted the president is “not in chaos all the time,” McCain jumped in to push back on the Fox News personality’s claim.

“He just ousted his 8th official,” McCain explained. “You paid a trip to the White House to visit Ivanka and Jared and you posted this tweet saying they work in a nest of snitches, vipers and rats—aka—the West Wing. What made you say that?”

Rivera explained that “particularly under the Steve Bannon regime,” there were “stinkers in that Oval Office.” who “don’t want the best for the president.”

“Ivanka and Jared—take these young people working for no salary—they’re worth $1 billion,” Rivera said in an attempt to explain his support for the president’s daughter and son-in-law.

“My point is they're not going to steal chump change, you know,” Rivera said.

“They’re in over their head, Geraldo,” Behar said. “Come on.”

“I disagree,” he replied.

“I have covered the Middle East since the war of 1973,” Rivera offered. “I have watched every professional diplomat go in there and get chopped and the situation is worse now—“

“And Jared is the answer, Geraldo?” Behar shot back.

“I think he is as qualified to have a dialogue as anybody else!” he claimed.

Watch the clip below, via ABC: