The View’s Joy Behar hits Meghan McCain for whining about her co-hosts ‘berating’ Geraldo Rivera: ‘Is he a snowflake?’ 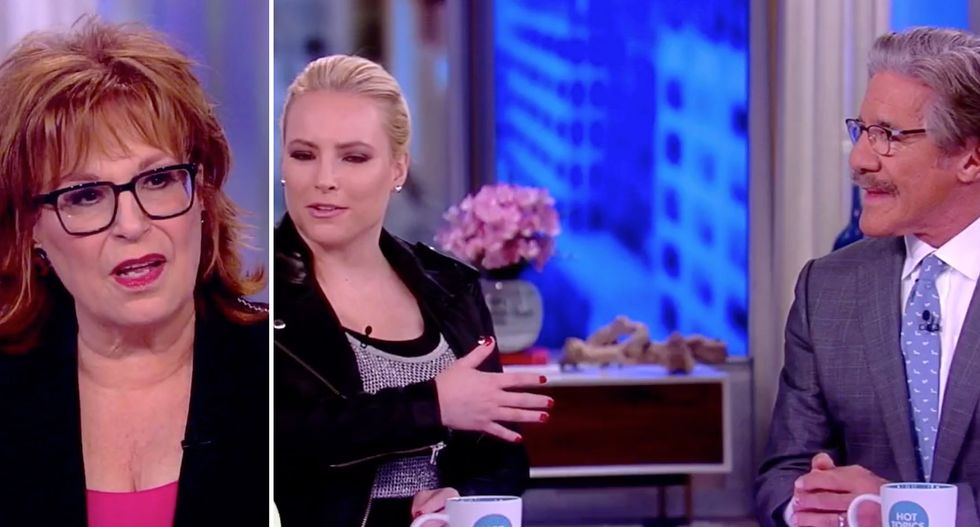 “The View” on Friday cornered Fox News host Geraldo Rivera over his support for Donald Trump, prompting co-host Meghan McCain to complain about her colleagues’ “berating” the seasoned media personality.

Rivera described the media’s coverage of the ongoing Stormy Daniels scandal as “way excessive,” arguing its predicated on news organizations’ desire to “take down the president.” He called the coverage of Trump “evil” and “vile,” and complained about the volume of stories written about the president’s affair.

Rivera said Trump receives the “worst press of any president” prompting Behar to ask: “why do you think that is?”

Rivera said Behar is “partially right” that the president is responsible for his “tempestuous” and “spontaneous” behavior, but said the media is “out-of-sync with the president’s point of view” because he’s against abortion and wants to build the wall.

Behar noted Trump used to be pro-choice, asking “Who are we supposed to believe—that one or this one?”

“I don't know who to believe,” Behar said.

“He’s Geraldo Rivera," Behar shot back. "Are you saying he's a snowflake?”