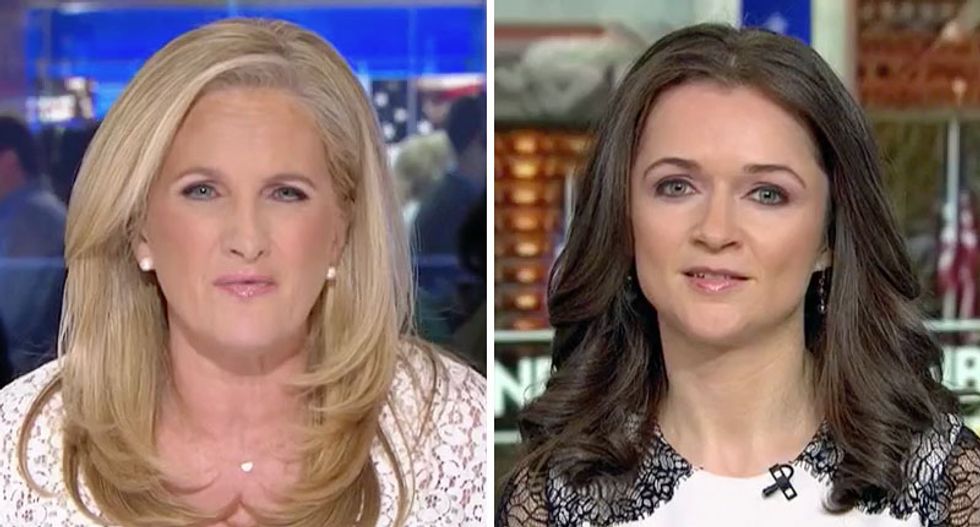 MSNBC anchor Alex Witt on Saturday scolded a guest for attempting to claim that President Donald Trump's scandal involving Stormy Daniels is a "distraction" and "smut."

"How do you make sense of the president's silence on Stormy Daniels? Is it at all possible that there are more details that he may be afraid have yet to come out on this?" Witt asked Carrie Sheffield, the national editor of the conservative Accuracy In Media.

"I congratulate the president on keeping above the fray, because it's really smut, it's really beneath the dignity of the Oval Office," Sheffield claimed. "And the fact that this tweet storm by her lawyer, it's really a distraction."

"But, Carrie, can we be clear here?" Witt asked. "I'm not talking about what happened or did not happen between the sheets here."

"Sure, if there were evidence and substance that this actually happened," Sheffield explained. "There's a lot of speculation and a lot of conservatives are upset because they see that, again, the Mueller investigation is about speculation with no results."

"In this country we have a principle called innocent until proven guilty," she continued. "And so we see that because the Mueller investigation is coming up dry in most respects, as it relates to the president, the questions obstruction and collusion, that the media is now turning to questions of this distraction, sideshow, rabbit hole that has no substance or merit to the American people."