'The voters are coming': Parkland student's powerful threat to Washington to 'represent us or get out' 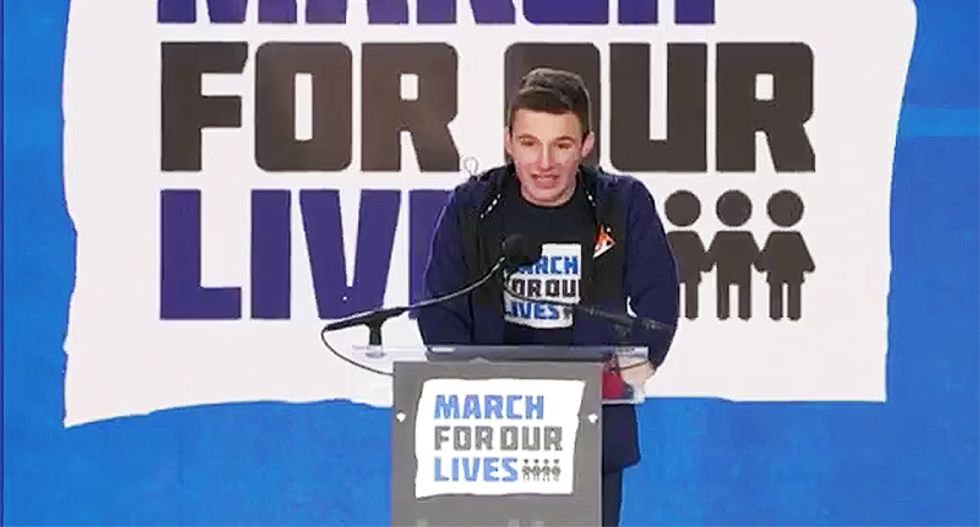 "To the leaders, skeptics, and cynics who told us to sit down and stay silent, wait your turn -- welcome to the revolution," Kasky began to a crowd of flooded streets. "It is a powerful and peaceful one, because it is of, by, and for the young people of this country."

He said that people have asked him if he thinks change will come from any of this. His answer was simple: "Look around. We are the change. Everybody here is standing with the future of our society."

He explained that the Millennial Generation has spent their lives watching mass shooting after mass shooting.

It "has learned that our voices are powerful and our votes matter," he said of his generation. "We mus educate ourselves and start conversations that keep our country moving forward, and we will. We hereby promise to fix the broken system we've been forced into and create a better world for the generations to come. Don't worry, we've got this."

He noted that the people of the United States now see past the lies delivered by politicians and the NRA.

"We've seen this narrative before," he continued. "For the first time, the corrupt aren't controlling our story. We are. The corrupt aren't manipulating the facts. We know the truth. Shooting after shooting, the American people now see one thing they all have in common -- the weapons. Politicians: either represent the people or get out."

He went trough the agenda items the marchers are calling for, including the law banning assault weapons, prohibiting high capacity magazines and universal background checks.

"Stand for us or beware," he closed. "The voters are coming."

After naming the students killed on Feb. 14, Kasky noted former student Nicholas Dworet. Today would have been his birthday. He said that he was marching for Nicholas today.

"My classmates were forced to become adults and were targeted as adults," he said. "We have to do this for them. We must stand beside those we've lost and fix the world that betrayed them. This doesn't just happen in churches, nightclubs, movie theaters, and on the streets. We the people can fix this. For the first time in a long while, I look forward ten years, and I feel hope. I see light. I see a system I'll be proud of. But it all starts with you."

He noted this is only the beginning and "today is a bad day for tyranny and corruption. Today we take to the streets in over 800 marches around the globe and demand common sense gun laws."

Watch his powerful speech below: