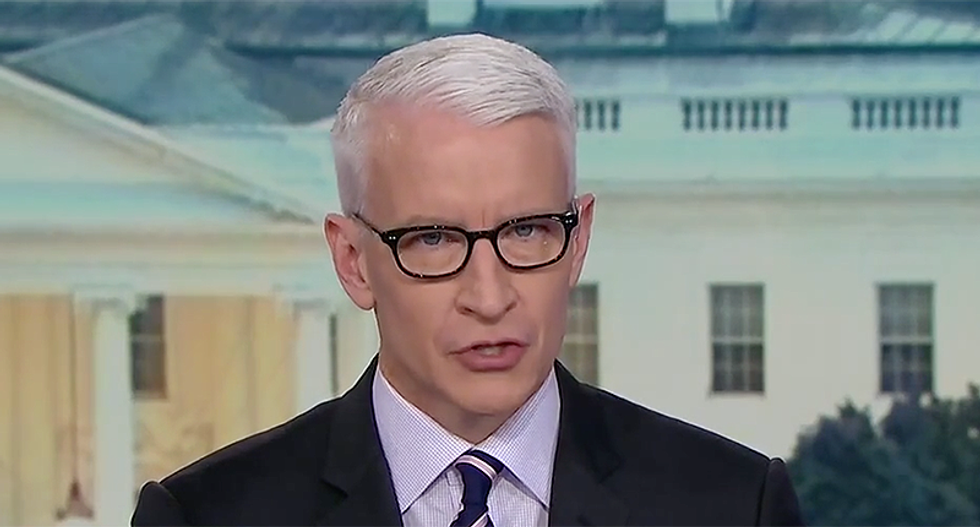 CNN anchor Anderson Cooper featured a "My Pal Putin" segment on President Donald Trump on Monday, as part of his "keeping them honest" series of fact-checking claims by leading public officials.

"Keeping them honest, the president is a grown-up making grown-up decisions, perhaps about the fate of all of us and those decisions deserve," Cooper noted. "It would be insulting to treat him otherwise, especially when his decisions on Russia have serious people raising serious questions."

The AC 360 host played supercuts of Trump praising Putin, contrasting it with Trump's famous penchant for fighting feuds on Twitter and through the media.

Cooper noted two unique aspects of Trump's relationship with the President of the Russian Federation.

Trump, Cooper explained, has had effusive praise for the Russian strongman. At the same time, Trump has refused to publicly criticize Putin.

Watch CNN's Anderson Cooper explain in his "My Pal Putin" fact-check of the commander in chief: