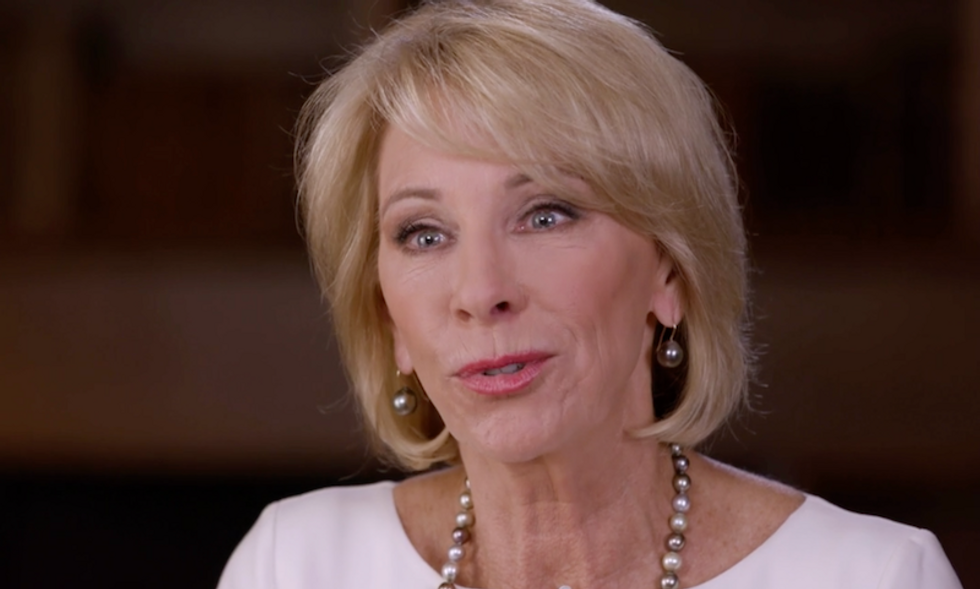 Betsy DeVos—a wealthy lady from Michigan who ended up being the Secretary of Education after she donated bundles of money to Donald Trump—appeared on 60 Minutes Sunday.

Lesley Stahl didn't pull many punches with "the most hated cabinet secretary," who was described as "sheltered" and out-of-touch.

She was asked about her bruising confirmation hearing, her transphobic bathroom rules and her efforts to repeal an Obama-era rule that prohibits schools from punishing students of color more harshly than white students.

She was also confronted about the fact that she has not yet bothered to visit a failing public school in her home state of Michigan, to perhaps better understand the issues faced.

"Maybe I should," she conceded.

DeVos also talked about the death threats and protestors who meet her to ask her about her policies.

"Sometimes it does," she said.