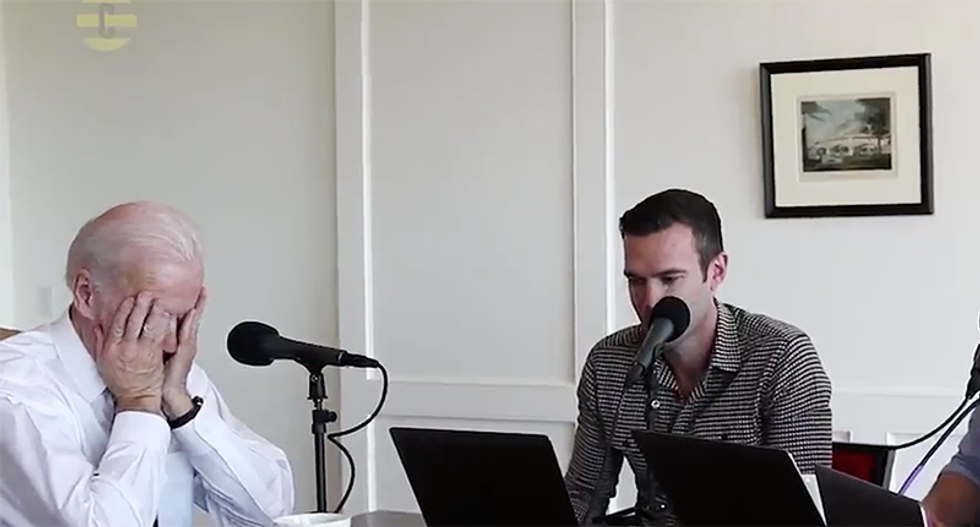 While the hosts brought up the appointment, Biden covered his face with his hands.

“I can document for you that Bolton has two modus operandi: When he was at [the] State [Department], what he would do was he would shade intelligence to move it in the direction where he wanted to go,” Biden said. “There who disagreed with him, he’d try to get rid of them.”

Bolton, who has been criticized for being a war-hawk, specifically when it comes to Iran and North Korea. In the past he has told Fox News that there should be preemptive military strikes on North Korea.

Biden, who served on the Foreign Relations Committee while in the U.S. Senate, called it a "a virtual disaster." He explained that Bolton wouldn't give a straight forward answer on what the intelligence actually said.

“That’s in the record, and that’s why Republicans joined me and defeated him,” Biden said. “The single worst place in the world to have John Bolton — I mean this sincerely — is at the place where it requires somebody who will not impose their view, will make sure the president knows every perspective in his government… it is not to cut off access, and this guy has a history of cutting off access.”

Biden on Bolton: "It's a virtual disaster."