WATCH: Trump-loving moms mock Muslims inside a mosque to teach their children how to be 'patriots' 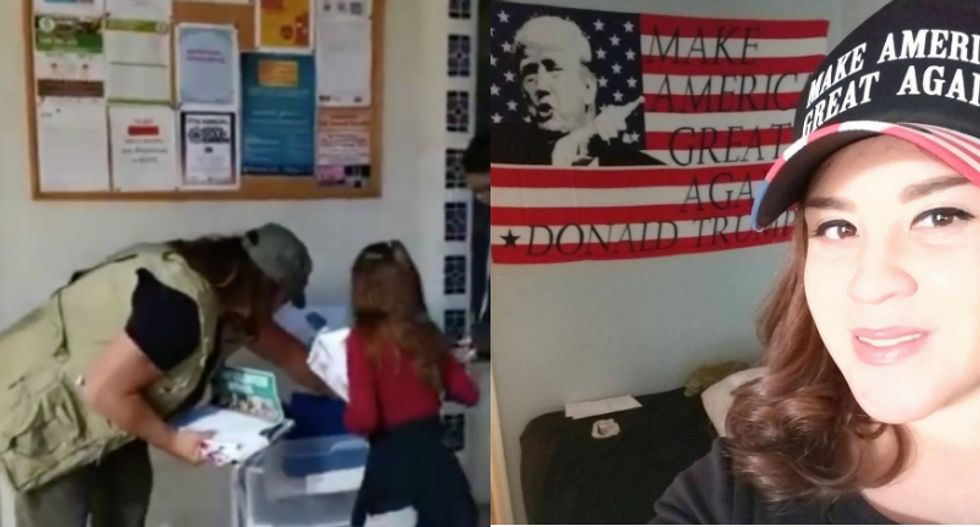 Two Arizona women may face trespassing charges after live-streaming video of themselves trespassing inside a mosque while making fun of Muslims — with their children in tow.

The Arizona Republic reported that two women, identified on Facebook as Tahnee Gonzales and Liz Dauenhauer, recorded themselves entering the Islamic Community Center of Tempe and directing their children to help them tear down ads on a bulletin board to "expose" the Muslims who worship there.

Throughout the nearly 25-minute recording, which was taken off of Gonzales' profile but re-uploaded by others, the women are heard berating Muslims.

The women, who describe themselves as "patriots" in the original video, encourage the children to take pamphlets on display at the Islamic center so that they can "expose" the people attend it. At one point the woman filming tells the children that Muslims "live off the welfare system, off our hard-earned, taxpayer-funded money."

Officials at the mosque confirmed that they'd filed a police report against the women, and a Tempe police officer said the force was investigating the "active case."

According to the Republic's Megan Cassidy, both women are part of a group that organized a "Make America Great Again" rally the previous weekend that featured Sheriff Joe Arpaio as a speaker.