WATCH: Combat veterans explain why the assault rifles they used in combat have no business on the streets 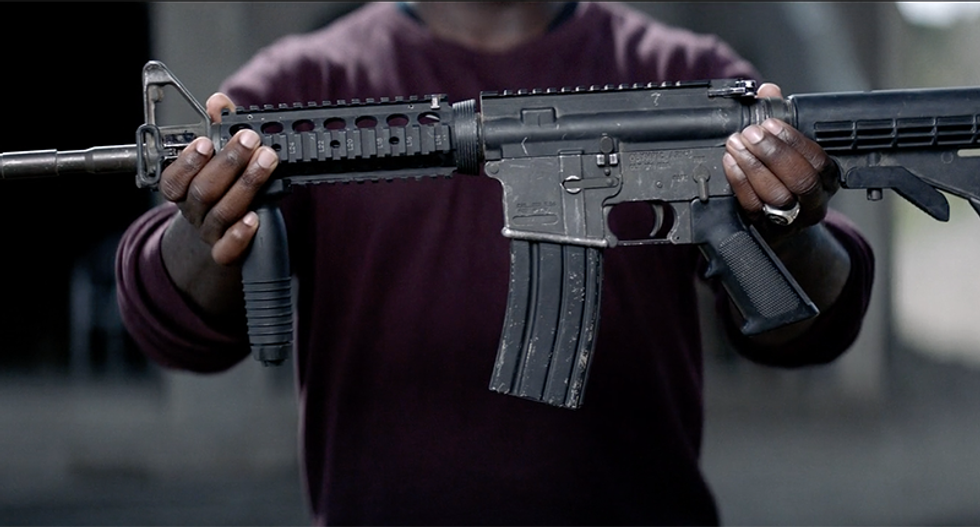 Veterans from the Army, Navy, Marines, Seals and military police joined together with the Veterans For Gun Reform to explain why the assault weapons they used in combat have no business being on the streets of America.

One former military police officer explained that her M-16 was the same as the AR-15 used by the shooter that killed 17 in Parkland, Florida.

"The same weapon that has killed hundreds of people in the deadliest mass shootings in America," said an older man, who identified as a radio operator.

"There is no reason why anyone other than military and law enforcement should have an assault weapon like this," said the former 31 Bravo Military Police Officer.

Holding up photos of the students from Marjory Stoneman Douglas High School, the veterans explained that they support an assault weapons ban.

Watch their message of support for the March For Our Lives below:

Veterans For Gun Reform PSA from MIKE TEEVEE on Vimeo.