'People are going to the slammer': Former Bush ethics lawyer predicts Mueller's Gates revelations are 'only the beginning' 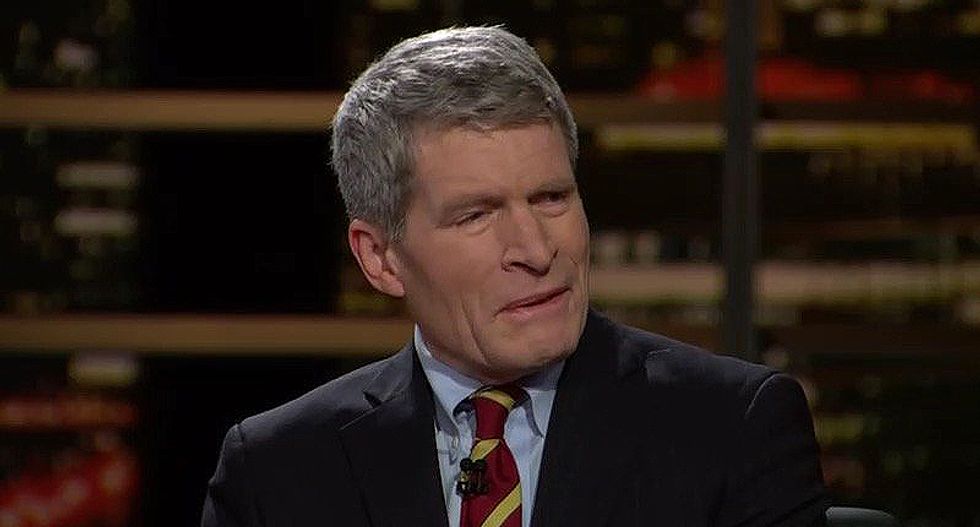 Richard Painter, former ethics lawyer for George W. Bush, called any claims that there was "no collusion" between President Donald Trump's campaign and the Russians fugazi.

"Well, we know there was collusion," Painter said. "The president has denied it, but we have the meeting in Trump Tower with Russian agents. We have Mr. [George] Papadopoulos who had his Russian handler, the professor they called him, over in London. Now we have [Rick] Gates and his Russian agent contact."

Painter noted, the small list is only the beginning.

"The critical question for Robert Mueller at the end of the day is whether there was illegal collusion," Painter continued. "Whether it was criminal. Whether it violated campaign finance laws or whether there was collusion before or after the fact with respect to computer hacking or other crimes. A lot of people are lying about their contacts with the Russians and that's criminal. We'll have people going to the slammer and the question is who and how high up it will reach. But the notion of 'No collusion' is ridiculous. Well it is collusion and we know it by now."

Republican Congressman Charlie Dent noted that the recent revelations that special counsel Mueller has been speaking with Gates over Russian communications establishes that there is already a connection between Russia and the Trump campaign.

"The question is: is this criminal?" he said, noting he's not sure. "But I'll tell you it seems that this moves beyond Paul Manafort's business dealings that preceded his time with the campaign. It kind of really puts the campaign directly in the cross hairs."

He went on to say that if he was "part of the campaign and part of the Trump campaign, it seems to me, they have a lot to worry about." He explained that it doesn't implicate the president directly but that it raises more questions.

Painter noted that Gates is much more powerful than most realize. As the deputy campaign manager under Manafort, Gates was included in many conversations and meetings. However, Gates also stayed on the Trump campaign after Manafort had resigned.

"He knows a lot of the people or very close to the president," Painter said. "Some of the people who are currently in the White House who worked on that campaign. And if that campaign was illegally colluding with the Russians or anybody on that campaign has lied to Robert Mueller about their contacts with the Russians, they are going to be in big trouble. And this is well beyond the point of demonstrating collusion. We are now getting into the criminal activity question, was there a crime, and who committed it. And this investigation is heating up."

He agreed that he would be "very, very worried" if he had anything to do with the Trump campaign in 2016.

"The idea of a presidential campaign colluding with the Russians, it's something I thought I would never see growing up in this country and certainly a Republican campaign or a Democrat campaign -- maybe a Communist Party campaign," he mused. "This is shocking this happened whether or not it's criminal."