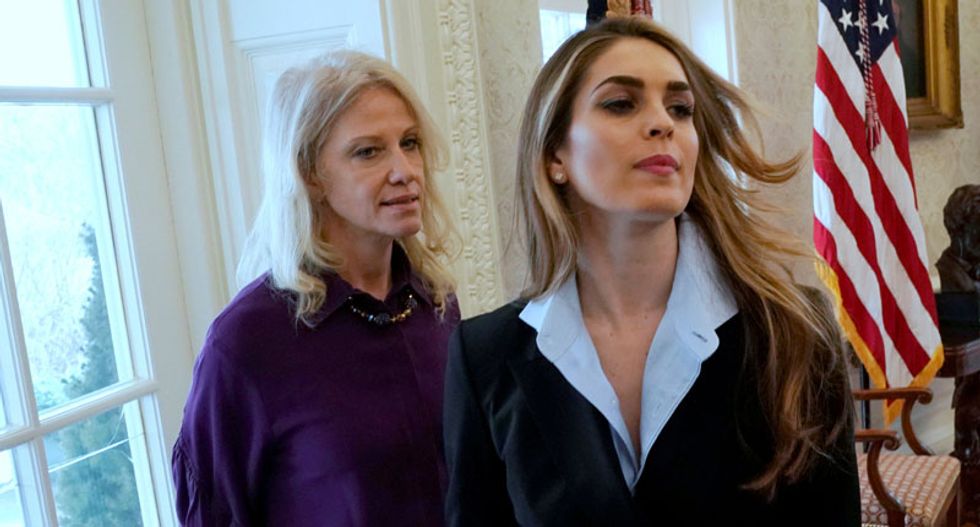 The White House is scrambling to stem a tide of leaks and rumors, White House sources told The Daily Beast this week.

The news that White House leakers had leaked information about an effort to stop leakers came in the Beast's report on White House infighting over outgoing Communication Director Hope Hicks' job.

Soon after the news broke that Hicks was leaving the White House, leaks began to emerge either supporting or undercutting certain White House staff who are in line for the job. In one leak, for example, the Treasury department’s Assistant Secretary for Public Affairs Tony Sayegh was said to be a "terrible bully" towards women.

The report includes a note about how Hicks herself sought to tamp down the leaks.

The tension is so rampant that it has caught the attention of Trump’s inner circle. Two White House sources told The Daily Beast that Hicks herself in a staff meeting last week reminded officials to refrain generally from backstabbing, leaking to the press, or spreading innuendo or rumors about any colleagues.

The Beast adds: "Trump aides subsequently noted the irony of leaking details of this part of the meeting to The Daily Beast."