‘Only a wimp does this’: Ex-Pentagon chief of staff rips Trump’s 'weak' and cowardly dismissal of Tillerson 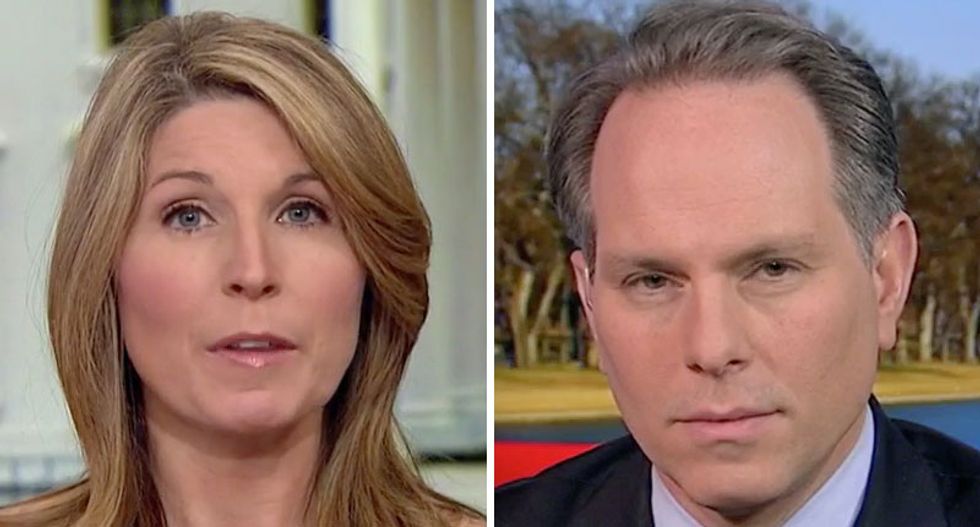 A former top official at the Department of Defense and Central Intelligence Agency explained how President Donald Trump displayed weakness to the world by the manner in which former Secretary of State Rex Tillerson was fired.

"But this isn't the only White House scandal of the day. Could the president be hoping to take attention away from this?

Wallace, who served in the George W. Bush White House, concluded it is now "not an attractive place to go to work."

"That's right," former Pentagon and CIA chief of staff Jeremy Bash agreed. "I think we may be at peak talent here for the Trump administration."

Bash also had views on how Tillerson found out he had lost his job, which Wallace had described as "sadistic" earlier in the show.

"I just want to go back to this point about the manner in which Tillerson was fired," Bash observed. "I think we're talking about it's mean, it's embarrassing, it's actually just weak."

"It's like gutless," he continued. "Only a wimp does that, someone who doesn't want to face the consequences of telling somebody directly."

"I want to say our President of the United States is transmitting absolute weakness to everybody around the world," Bash continued. "For someone who, you know, thinks of himself as a strongman, he's sending exactly the wrong message."