'It works!' Fox host praises Nancy Reagan's failed 'Just Say No' campaign because it 'terrified' her 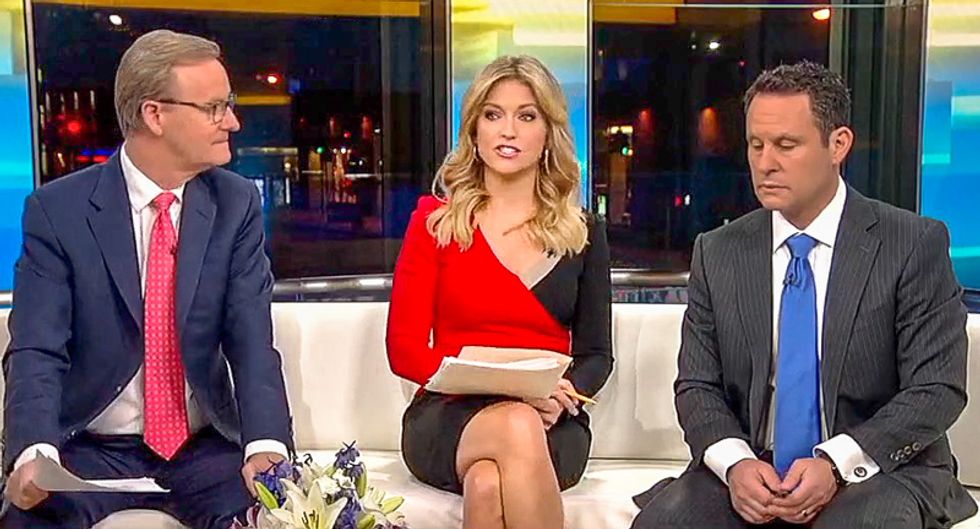 Fox News host Ainsley Earhardt on Tuesday lauded President Donald Trump for reviving a version of Nancy Reagan's so-called war on drugs, which included a "Just Say No" campaign that has been panned by experts.

The morning after Trump spoke about his plan to "keep the damn drugs out," Earhardt recalled her experience with the former first lady's campaign against drugs.

"He wants an ad campaign," Earhardt explained. "You remember back in the '80s and the '90s, Nancy Reagan's 'Just Say No', 'This is your brain on drugs.' It really actually did impact."

"I grew up in that era," the Fox News host recalled. "And I remember seeing that, I remember having Just Say No officers come into our schools, show us what drugs can do to you. And it really terrified all of us. And it works! It works."

Experts, however, have taken a different view of Reagan's war on drugs.

"Despite this fanfare, data indicate that the program does little or nothing to combat substance use in youth," Scientific American pointed out in 2014. "A meta-analysis (mathematical review) in 2009 of 20 controlled studies by statisticians Wei Pan, then at the University of Cincinnati, and Haiyan Bai of the University of Central Florida revealed that teens enrolled in the program were just as likely to use drugs as were those who received no intervention."

The magazine also notes that "Just Say No" campaigns can actually increase the use of some types of drugs.

Worse, D.A.R.E. programs might occasionally backfire when it comes to the use of milder substances, such as alcohol and cigarettes. In a 2002 review psychologist Chudley Werch, now president of PreventionPLUSWellness in Jacksonville, Fla., and health educator Deborah Owen of the University of North Florida reported a slight tendency for teens who went through D.A.R.E. to be more likely to drink and smoke than adolescents not exposed to the program. Small negative effects for D.A.R.E.-like programs on drinking and smoking were also reported in a 2009 study by public health professor Zili Sloboda of the University of Akron and her colleagues. The reasons for these potential boomerang effects are unclear. Yet by emphasizing the hazards of severe drug abuse, D.A.R.E. may inadvertently convey the impression that alcohol and tobacco are innocuous by comparison.