Alabama Republican lawmaker gets hauled to jail after corruption investigation 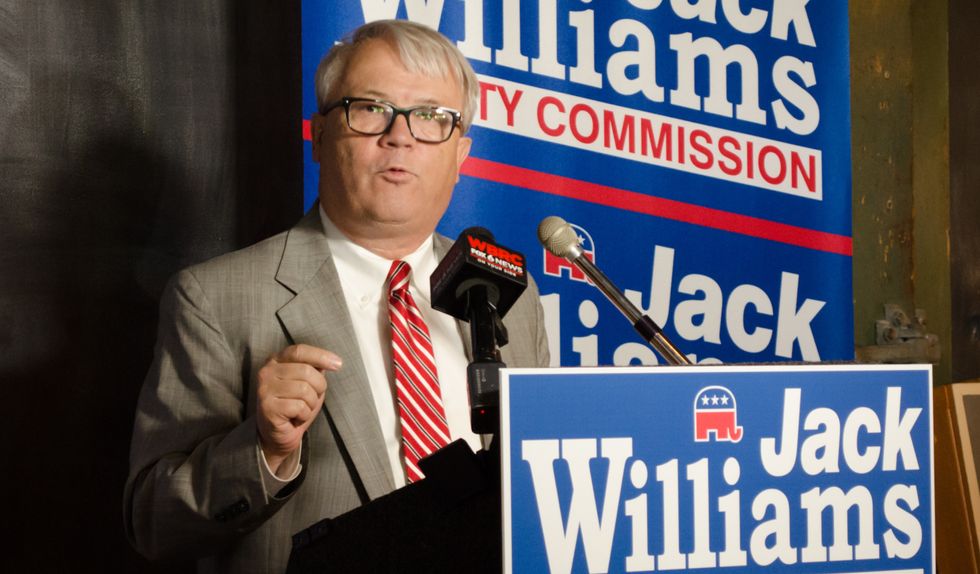 A Republican Alabama state lawmaker, a former chairman of the Alabama Republican Party, and a health care executive were all arrested on federal bribery charges on Monday.

According to federal officials, Williams and Connors both took part in a bribery scheme hatched by G. Ford Gilbert, the owner of California-based Trina Health, a company that runs diabetes treatment clinics throughout the United States.

Shortly after Gilbert's company opened up facilities in Alabama, the state's largest insurer -- Blue Cross and Blue Shield of Alabama -- said that it would not cover its treatments. The government alleges that Gilbert then lobbied to push a bill through the Alabama state legislature that would force Blue Cross to cover his company's treatments -- and he directly paid State of Alabama House Majority Leader Micky Hammon in exchange for pushing the bill.

Hammon then recruited both Williams and Connors, whom federal officials say both knew of the payments, to get the bill passed.

"Based on these events, the indictment charges all three defendants with conspiracy to commit bribery related to federal programs, conspiracy to commit honest services wire fraud, and honest services wire fraud," a press release detailing Monday's arrest states. "Additionally, the indictment alleges that Gilbert and Connors committed the substantive offense of bribery related to federal programs."

Hammon, who is not named as a defendant in the indictment, pleaded guilty to mail fraud last year.