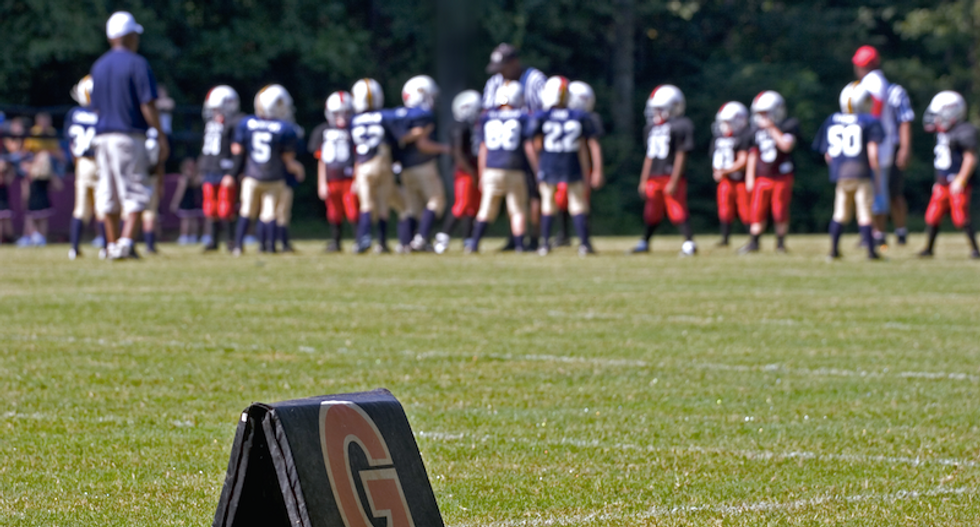 Playing American football before age 12 leads to symptoms of cognitive, behavioral and mood disorders an average of 13 years earlier than other players, a Boston University study released Monday showed.

The study by researchers at the Boston University School of Medicine and released on the school's website examined brain injuries, including chronic traumatic encephalopathy (CTE), in 246 deceased American football players, 211 of whom were diagniosed with CTE after death.

"The younger they started to play football, the earlier these symptoms began," said Michael Alosco, an assistant professor of neurology at Boston University School of Medicine and lead author on the study, published Monday in the Annals of Neurology.

"Thirteen is a huge number," Alosco said. "There's something unique about the age you start playing football, something about it that is contributing to those symptoms."

The study found that each year younger than 13 an athlete began playing American football correlated with an earlier onset of cognitive problems by 2.4 years, and behavioral and mood problems by 2.5 years -- and some children began playing at age 5.

"There is a recommendation that children under the age of 14 shouldn't play tackle football," says senior author Ann McKee, chief of neuropathology at Boston VA Healthcare System. "This paper would provide some support for that."

Researchers found early onset in players who had CTE, a progressive degenerative brain disease caused by repeated head trauma, and those without.

"This finding wasn't just for people who died of CTE. This was for people with any disorder that affected their cognition, behavior, or mood," McKee said. "Early exposure made them more susceptible to any later life pathology."

Alosco noted the years before age 12 are crucial for brain development.

"Those are the ages where the gray matter of your brain is really growing. Neurodevelopment is really at its peak," he said.

The study appears to support growing concern by parents about having their children play the sport, which has seen concussion issues among NFL players surge to the forefront in recent years.

McKee and Alosco hope that the findings will help lead to ways to detect CTE before death, with autopsy now the only method to diagnose the disease.