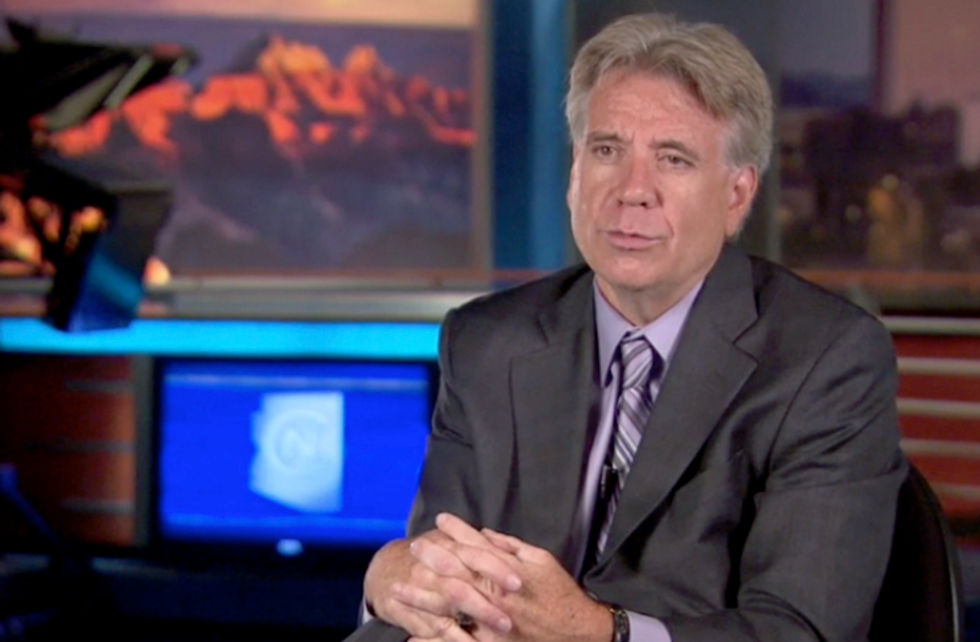 Journalism students at Arizona State, one of the largest universities in the United States, are trying to sever ties between their school and recruiters representing Sinclair, the conservative company under fire for ordering anchors all over the country to read a Trumpian propaganda statement.

So far, the school is not taking their concerns seriously.

Students at the Walter Cronkite School of Journalism and Mass Communication are reacting to the furor over the "Fake News" segment, but also to information shared by former classmates who took jobs at Sinclair and now regret it. Lizzy Riecken, a 2015 alumna from the school, accepted a position as a digital media producer at Sinclair-owned KTVL in Medford, Oregon.

“By allowing Sinclair to continue on-campus recruitment, you are endorsing these practices to your students," she wrote. “By hosting Sinclair at the school, I assumed that it was a good company,” Riecken said. “I wanted to do the journalism that the Cronkite School promised me that I would do.”

Riecken she said the contract she signed with the company, which barred her from seeking remedy in the courts and which stipulated a stiff penalty if she broke it, was unfair.

“It’s preying on students who really may not know better," she said.

The school defended allowing Sinclair to recruit there.

"We believe limiting employment options – in any way – for students trying to enter a highly competitive field is not in their best interests," said a statement by Dean Christopher Callahan. "We vow to continue to give our students our best and unvarnished advice on all job opportunities, and will continue to vigorously lobby Sinclair’s corporate executives to appropriately address what we strongly believe is a seriously flawed policy."