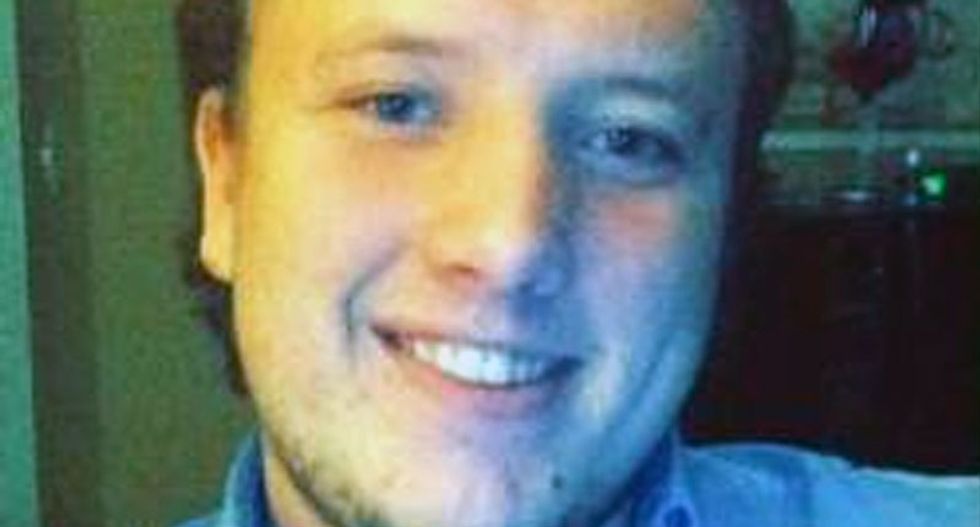 A Libertarian candidate for the Arkansas House of Representatives in a series of Facebook comments repeatedly attacked LGBTQ people and blamed them for creating HIV, then claimed his remarks were "satire" – while standing by them as factual.

Justin Jones told his Facebook friends he believes "fags are disgusting" in response to a post lamenting gay people are banned from donating blood.

"The likelihood of a fag catching HIV is 1000% more likely then [sic] any straight person,” Jones said, as KARK and Newsweek report. "If you don't think HIV is created by homosexuality then you need education. That's the entirety of my post, for someone who wants free speech, you don't act like it. I shouldn't have said 'fags' should have said homosexuals. But I won't apologize of the moral of my comment, homosexuality is wrong, and shouldn't be publicly endorsed,” he wrote.

Later, Jones posted this "News Statement" to his campaign website:

"I recently made a comment that was meant to be satire, but had FACTUAL meaning. In the new day of Social Media, we face backlash for every comment we make, which is putting 'Free Speech' at a price. The Aids Epidemic is a VERY big part of the LGBTQ Community. To not recognize that would be a 'Lie' to yourself and the LGBTQ Community. In this New Day of politics, we are recognizing the benefits of throwing away the old establishment, and how that didn't work. Today, we are bringing back 'FREEDOM OF SPEECH,' and protecting our 2nd amendment rights. That might be too much for some people, but that's why we're getting them out of Public Office. Let's get back to 'Making Arkansas Great Again.' Vote Justin Jones for State Representative, District 87."

He does have an extensive set of positions on his campaign site. Among them:

"Symbols of Christian heritage should not be removed from public and government spaces."

"Government programs encourage people to become dependent and lazy, rather than encouraging work and independence."

"Human life begins at conception. Abortion is the murder of a human being."

Two brothers of U.S. Rep. Paul Gosar (R-AZ) went on national TV Thursday to apologize for his accusation this week that Capitol Police were "lying in wait" and "executed" a Trump insurrectionist, 35-year old QAnon believer Ashli Babbitt, on January 6.

“On behalf of the actual sane members of our family, which is everyone but Paul, we apologize," they said on CNN, to D.C. Officer Michael Fanone for their brother's "despicable comments and disgraceful conduct through this whole incident."

Former President Donald Trump once again cast aspersions on American Jews who didn't vote for him in either the 2016 and 2020 presidential elections.

Via The Forward's Jacob Kornbluh, Trump told conservative Jewish publication Ami Magazine that American Jews didn't give him enough credit for everything he did to help Israel.

The remark came as Kilmeade was interviewing Brian Dockter, a technician who claimed to be out of work due to Biden's tax policies.