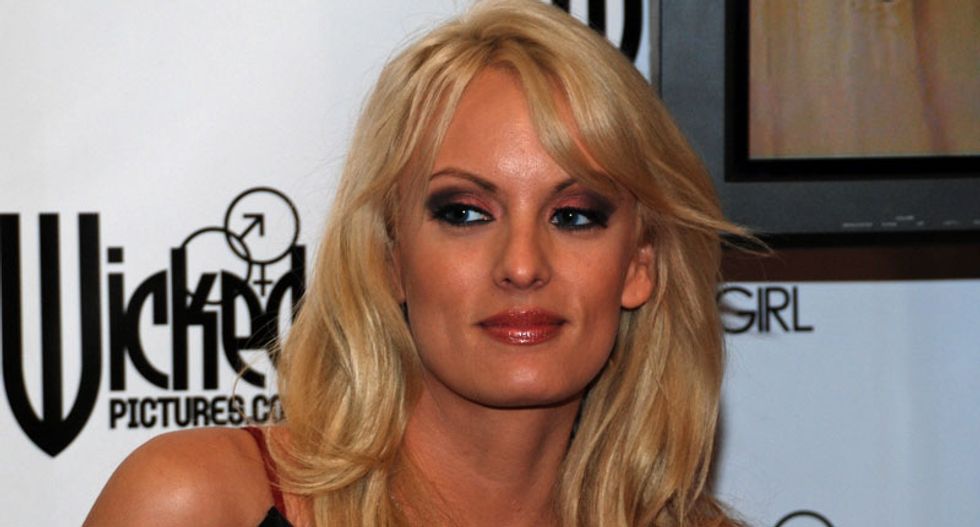 Writing on Twitter early Saturday morning, the attorney for adult film star Stormy Daniels promised he will expose the "Trump thug" who reportedly threatened his client in 2011 to keep quiet about her alleged affair with President Donald Trump.

“Expect a major announcement in the coming days regarding our efforts to identify the thug who threatened Ms. Clifford in Las Vegas in 2011 to 'leave Trump alone' while making reference to her little girl,” Michael Avenatti wrote on Twitter.

In an interview on CBS’s “60 Minutes,” Daniels revealed that someone had threatened her while she was with her daughter to keep quiet about her dalliance with Trump.

"Leave Trump alone. Forget the story" the person allegedly said. "That's a beautiful little girl. It'd be a shame if something happened to her mom."

Expect a major announcement in the coming days regarding our efforts to identify the thug who threatened Ms. Cliffo… https://t.co/y7ew48vIZH
— Michael Avenatti (@Michael Avenatti) 1523104847.0