Bill Maher calls BS on claim VA scandal is 'distracting' Trump: 'All he does is play golf, watch TV and eat' 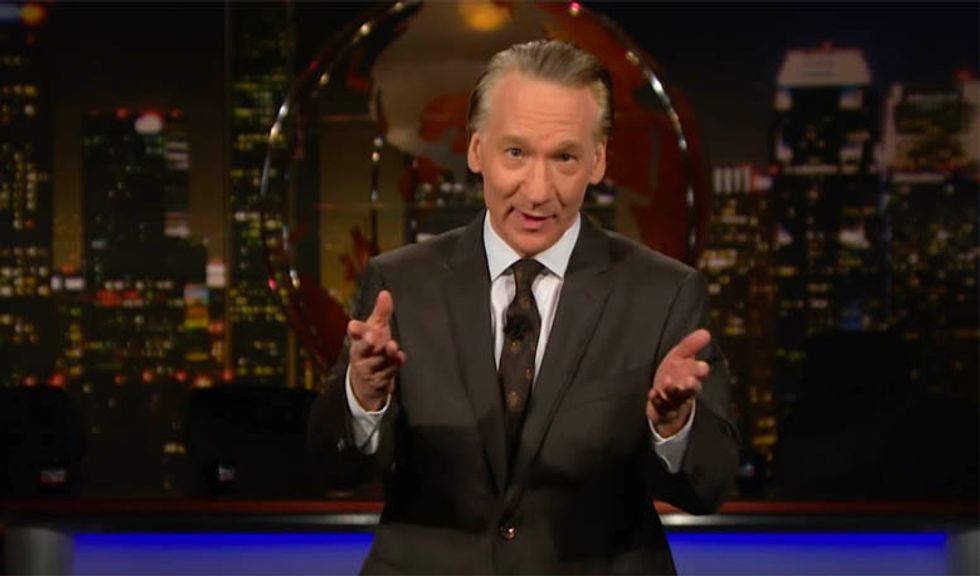 During his Friday evening "Real Time" host Bill Maher mocked President Donald Trump for complaining that the so-called "attack" on Dr. Ronny Jackson, who the president nominated to lead the Veterans Administration. After he withdrew from considering, the right went on cable news to claim he was the casualty of "character assassination."

"We didn't know a lot about Ronny Jackson," Maher explained. "But then when Trump became president, Dr. Ronny gave him a clean bill of health, remember that? He was in grate shape and not obese at all. And we all said, 'Is this guy high?' And, yes, is the answer."

When it came to the claim that the allegations against Jackson, the White House tried to claim that it has become a distraction to the president.

"A distraction?" Maher questioned. "All he does is golf, watch TV and eat. How can there be a distraction? Unless you're a sand trap, a commercial or a chicken bone you're good! Distraction? He's calling 'Fox & Friends' in the morning!"