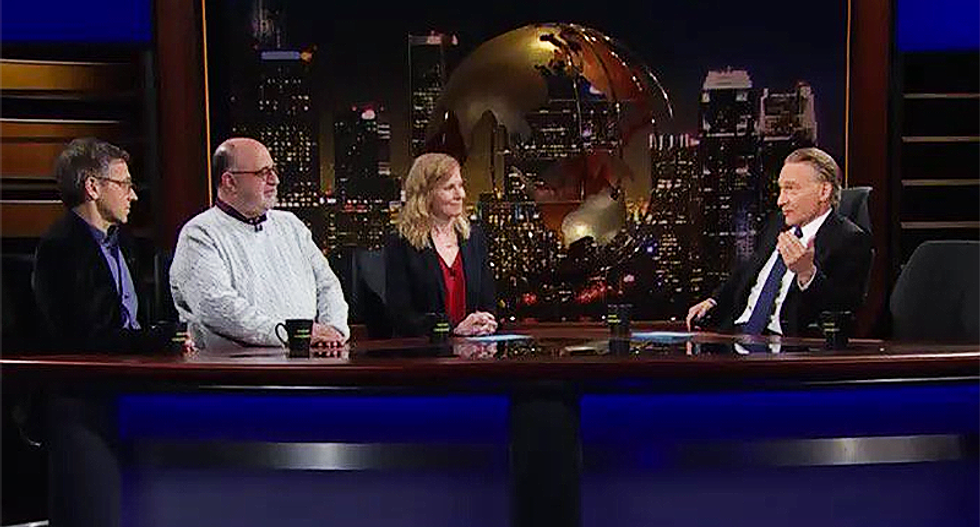 The opening panel discussion on "Real Time with Bill Maher," the host brought up the women suing President Donald Trump for defamation by saying that they lied about what he allegedly did to them. Maher wants to see this go to a totally different level so that American politics can stop people from openly lying.

Trump's interview with "Fox & Friends" this week resulted in the president setting a new record for the most number of lies in a single sentence. Maher wants the lies to stop, but more than that, he wants liars to be prosecuted.

"I swear to God, he was talking about CNN, he goes, 'I don't watch it at all. I watched it last night,'" Maher cited the president.

"He did it within a breath!" noted Ana Marie Cox.

Maher explained that those are the lies expected from Trump and Americans have come to normalize it. He brought up the Sandy Hook parents, who are now suing Alex Jones and InfoWars as well as Trump accuser Summer Zervos, suing for Trump's claims against her.

"The most important thing we have to do in America right now is start penalizing liars," Maher said. "Because we are driving further and further away from a place where truth matters...I'm just that [former FBI director James] Comey should sue Trump. [Former President Barack] Obama should sue Trump for saying that he wire-tapped him. I'm just saying that I don't think we can leave this in the court of public opinion anymore."

Eurasia Group president Ian Bremmer argued that Trump lies authentically while Hillary Clinton had to manufacture something to somehow encase the lie. Cox broke in to note that the difference was that Trump can actually lie without conscious. That look of discomfort Clinton had when she lied was because she actually had one.

John Podhoretz explained that Trump can do whatever he wants because it's been shown that there are no consequences for his lies. Maher noted that's exactly why he wants to see more people take action against Trump's lies.