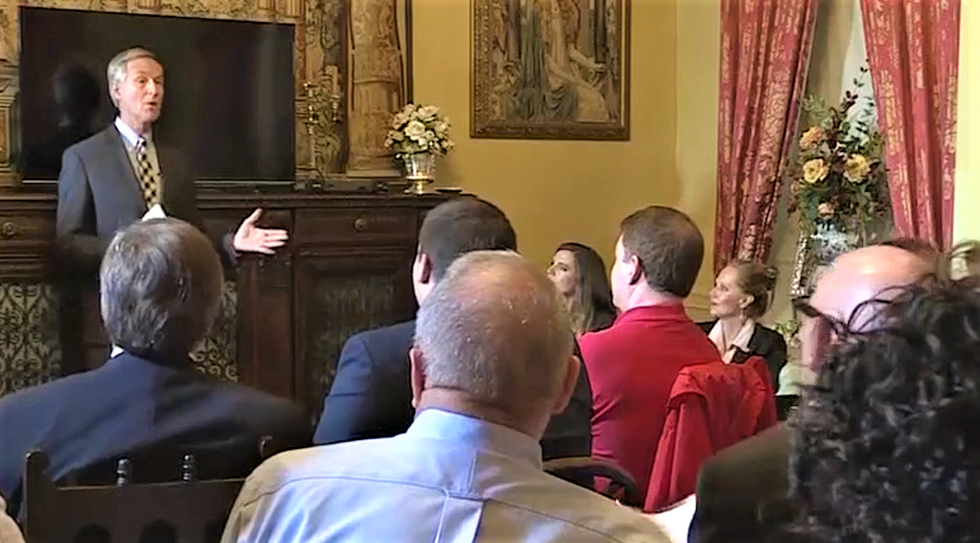 CNN's Gary Tuchman this week sat down with a group of Trump supporters to watch former FBI Director James Comey's interview with ABC News' George Stephanopoulos -- and they all dismissed everything that Comey said as "fake news."

After watching a clip of Comey talking about how he felt isolated after sending his infamous letter that re-opened the FBI's investigation into former Democratic presidential candidate Hillary Clinton, the Trump supporters dismissed him as "weak," "thin-skinned" and "petty."

Tuchman then asked them what they made of Comey's claim that Trump is "morally unfit to be president."

"Who is he to judge?" shot back one Trump supporter.

Another Trump supporter pointed out that Comey had the opportunity to call out Trump to his face when he served as FBI director, and Tuchman asked her if she would have believed Comey if he'd made his concerns about Trump clear before he got fired.

"Why would we?" someone in the room yelled out.

Elsewhere in the segment, one female Trump supporter said that Comey was trying to undermine the president right from the start by telling him about the contents of the Steele dossier, which alleged that Trump paid Russian prostitutes to perform a "golden shower" in a Moscow hotel room.

"That set the stage very poorly," she said.

"So you blame Comey for making Trump paranoid?" Tuchman asked her.

"That's exactly what he intended to do!" she insisted.