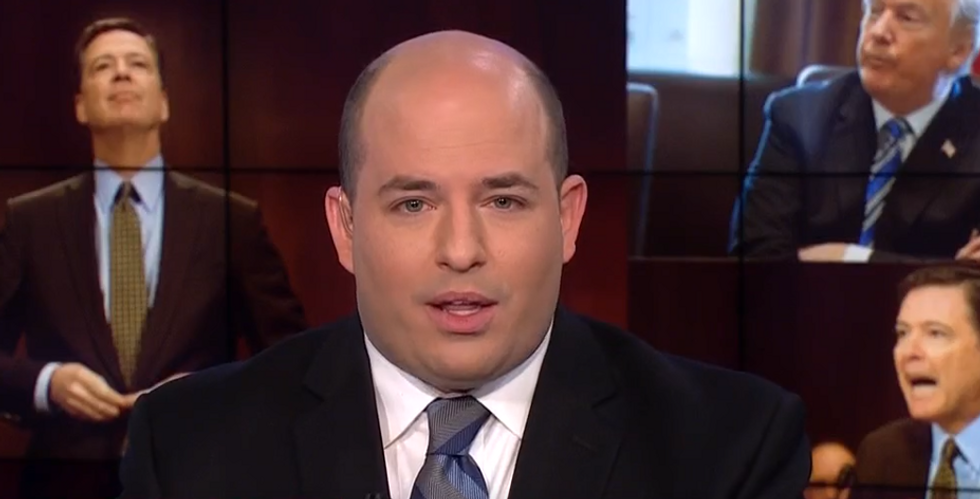 After playing a supercut of clips showing Fox hosts putting down Comey's book for not breaking any real news or dropping new bombshells on the Trump White House, Stelter argued that the fact that a former FBI director is slamming a sitting president publicly is news enough.

"No bombshells?" Stelter asked incredulously. "The book is the bombshell! I mean, have we ever seen a fired former FBI director write a tell-all book only a year or so into a person's presidency? This entire situation is remarkable."

Later in a roundtable discussion, Stelter outlined the damning picture that Comey paints of Trump and his presidency, which he said could do significant harm long term. In particular, he quoted Comey's description of Trump's White House as having an "us-versus-them worldview" and his accusation that Trump and his associates lie "about all things."

Guest David Gergen agreed that this might help shape the public narrative against Trump if Comey succeeds in making Americans think of the president as a mob boss.

"The significance of the book is that it may change the narrative of what we're dealing with," he said. "When Comey comes up and says, 'This essentially reminds me of prosecuting the mob, and essentially the mob boss I'm having to deal with'... if that becomes the narrative, that's going to affect our politics."